Focus on whether restricting access to database leads to competitive disadvantage

The cost of car insurance is impacting young peoples chances of employment in rural Ireland, but does the New Zealand model hold any solutions? 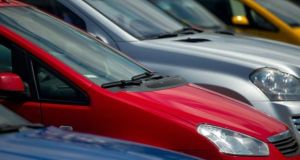 The commission stressed it was not against data pooling arrangements, which it said, can contribute to effective competition

The European Commission has opened a formal antitrust investigation into Insurance Ireland to assess whether it is operating a cartel.

Commissioner Margrethe Vestager said the investigation is to focus on if the body’s Insurance Link data pooling system restricts competition to others. The move follows a series of raids on motor insurance providers in the Republic in mid-2017.

The Irish Competition and Consumer Protection Commission (CCPC), which took part in those raids, has been running its own investigation into suspected breaches of competition law by insurers since 2016.

The European Commission’s investigation said it will assess whether restricting access to the database solely to Insurance Ireland members leaves companies that are not part of the organisation at a competitive disadvantage.

If proven, the practices under investigation may breach EU competition rules, which prohibit agreements between companies that prevent, restrict or distort competition within the EU’s single market.

The commission stressed it was not against data pooling arrangements, which it said, can contribute to effective competition.

“Insurance is essential for all car drivers in Europe. We are investigating whether companies wishing to offer their services on the Irish motor insurance market may have been unfairly prevented from accessing a data pool managed by Insurance Ireland for its member companies. This could potentially reduce Irish drivers’ choice of motor insurance policies at competitive prices,” said Ms Vestager in a statement.

Insurance Ireland said it was co-operating with the commission and was confident its practices are fully compliant with competition law.

1 The wealth of the Irish – how do your assets match up?
2 KBC Ireland fined €18.3m for ‘unconscionable’ tracker scandal role
3 Will Facebook walk away from European market after data protection 'hissy fit'?
4 Dunnes Stores set to enter grocery delivery market
5 Irish company to test vaccines on volunteers deliberately infected with Covid-19
6 Air travel never going ‘back to way it was’
7 Dublin and Cork airports look at setting up pre-flight Covid testing centres
8 Should I switch bank now with Ulster Bank at risk of closing?
9 Willie Walsh joins CarTrawler as deputy chairman
10 State calls for applications to €500m disruptive technologies fund
Real news has value SUBSCRIBE