Why extrovert CEOs may be bad for business 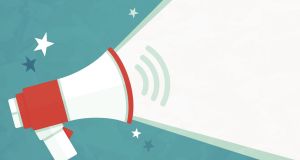 Extrovert CEOs may be more likely to hurt their companies than to help them. Photograph: iStock

The stereotypical image of a successful corporate leader is of a charismatic extrovert, a persuasive and sociable fellow (it’s usually a fellow) who commands attention and respect. However, extrovert CEOs may be more likely to hurt their companies than to help them. According to a recent University of San Diego study, CEO Extroversion and the Cost of Equity Capital, companies headed by extrovert CEOs have lower valuations than businesses led by their introverted counterparts.

The study analysed 76,815 quarterly earnings conference calls in the US over a nine-year period, focusing on the language used by CEOs in the unscripted question-and-answer sessions with analysts. The quintile of companies with the most extrovert CEOs had valuations that were 20 per cent lower than the quintile led by the least extrovert executives, the study found. Lower valuations are bad for the company as well as for shareholders.

They result in a higher cost of equity as a company must sell more stock to fund its investment projects. There is also evidence, the study noted, that CEO extroversion is “associated with the destruction of shareholder value through risk-taking behaviour”. The study is not the first to cast doubt on the idea of the charismatic corporate saviour. CEO Personality and Firm Policies, a working paper by researchers from Harvard, Stanford and the University of Chicago that examined more than 70,000 conference calls involving 4,591 CEOs, also found financial performance tended to be poorer in companies led by extroverts.

The CEO Genome Project, a comprehensive 10-year study by leadership advisory firm ghSmart, found introverts are more likely than extroverts to surpass the expectations of their boards and investors.

Why? The aforementioned Harvard study says its results should not be viewed in a causal light – that is, it’s premature to say poorer financial performance is caused by extrovert CEOs. Nevertheless, the negative association between extroversion and performance “is consistent with the argument that extroverts like to dominate”, the researchers say, adding this requires “obedience and submissiveness” that may not be conducive to effective corporate decision-making.

Extreme extroverts may be prone to short-lived bouts of enthusiasm that results in aggressive strategies that end up getting prematurely terminated, they say, adding that extroverts may also be more prone to overconfidence – a trait that can be deadly in a competitive financial environment. The San Diego study notes there is a good side to extroversion. For example, extrovert CEOs are more likely to frequently take part in earnings calls, to talk more during these calls, to hold more investor relation events and to appear in the media more often – all activities that can lead to a higher analyst following and a larger investor base, thus driving higher valuations and a lower cost of capital.

The problem is that any upside is more than cancelled out by the downside – excessive risk-taking.

The study notes prior research showing extroverts have a “significantly higher risk-taking propensity” across different domains. This includes the financial domain, with a 2017 study on corporate decision-making finding extrovert CEOs follow a more aggressive merger and acquisition (M&A) strategy. Companies headed by more extrovert CEO, the San Diego study finds, are more risky on multiple grounds – their stock price is more volatile, their financial performance is more volatile, and they use more leverage.

The researchers searched for alternative explanations for their results. Extrovert CEOs tend to have superior social skills, larger social networks and sit on more boards. If they have friendlier relationships with their own board members, might they become entrenched in their organisations? As for more risky financial practices, is it possible extrovert CEOs self-select to work for firms that are already risky?

However, their analysis suggests otherwise – quite simply, extroversion leads to more risk-taking, which ultimately results in lower valuations and a higher cost of capital.

Overall, the message is a cautionary one, the findings suggesting that in CEO hiring decisions, boards “should weigh the benefits of CEO ‘charisma’ against the potential costs”.

However, although some of the world’s most famous CEOs – including Microsoft founder and former CEO Bill Gates, Berkshire Hathaway’s Warren Buffett and Facebook’s Mark Zuckerberg – are introverts, the financial world has long leaned towards extrovert CEOs. Of the five big personality traits (extroversion, emotional stability, agreeableness, conscientiousness, and openness to experience), extroversion “is the strongest and most consistent predictor of leadership”, the San Diego study notes.

The problems with this approach were outlined as far back as 2002 by Harvard Business School’s Rakesh Khurana in his book Searching for a Corporate Saviour: The Irrational Quest for Charismatic CEOs. Companies tended to place too much emphasis on personality and charisma in their hiring decisions, he warned, with firms desperately seeking a CEO “who could reinvigorate and revitalise the company”, someone “who could harness the energy of its employees and inspire them to excellence”.

The labour market for CEOs is not nearly as rational as it should be, Khurana argued; the emphasis on charisma artificially limits the number of candidates considered, giving CEOs huge leverage to demand excessive salaries and power. Unrealistic expectations increases the odds the same CEO will eventually be fired, resulting in short-termism and corporate instability.

In 2006, a Harvard Business Review survey found 65 per cent of senior executives saw introversion as a barrier to leadership. The benefits of an introverted leadership style have become more appreciated in recent years, following the 2012 publication of Quiet: The Power of Introverts in a World That Can’t Stop Talking, Susan Cain’s hugely successful bestseller which emphasised how there is “zero correlation between being the best talker and having the best ideas”.

Nevertheless, 2017’s aforementioned CEO Genome Project, which analysed the performance of over 2,600 CEOs, found there is still a “fundamental disconnect between what boards think makes for an ideal CEO and what actually leads to high performance”. That disconnect “starts with an unrealistic yet pervasive stereotype” which holds that a successful CEO is a “charismatic six-foot-tall white man with a degree from a top university”.

In reality, very few successful leaders fit this profile; rather, the best CEOs tend to have more than one of four management traits (deciding with speed and conviction; being very adaptable to change; reaching out to stakeholders; and being relentlessly reliable).

The problem, ghSmart’s Elene Bothelo told the Harvard Business Review, is that company boards tend to be swayed by “likeability and confidence” and “resort to gut feel” when making hiring decisions; they “get seduced by charismatic, polished presenters” who do better in interviews.

However, the traits that can make such CEOs seem attractive “have no bearing” on their subsequent performance. Ironically, research shows extrovert CEOs tend to enjoy bigger pay packets than their less outgoing counterparts. Still, company boards should consider not only these direct costs to shareholders, concludes the San Diego study, but also the indirect costs that may become more evident over time – more risk-taking, poorer financial performance and lower valuations.

1 ‘I’m so lucky to be in the Caribbean – a million miles from Derry Girls’
2 Tax and the Pandemic Unemployment Payment: Your questions answered
3 Tobacco makers still trying to make a mint from Irish menthol market
4 ‘The recovery needs to be a full-scale economic renewal’
5 Minister calls on EU to act against tobacco firms ‘undermining’ menthol ban in Ireland
6 Ryanair expects air fares to fall when flights take off again
7 Michael Smurfit: ‘I asked Trump to invite me to the White House for my 80th birthday’
8 Joint accounts: if one of us dies, can the other access the money?
9 Ireland stands to benefit in a big way from investing in public transport
10 Major investment in ports for offshore electricity industry urged
Real news has value SUBSCRIBE
Save money on international transfers