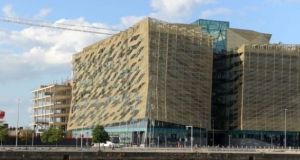 The Central Bank is bringing in new rules on how brokers can be paid from March 31st, 2020

Almost two years after it first published its consultation document on the issue – and almost two decades since it first became a topic of discussion, with the creation of the Irish Financial Services Regulatory Authority (IFSRA) – the Central Bank of Ireland has made a definitive declaration on the thorny issue of whether or not financial brokers should be remunerated by commission.

Its answer is clearly yes. This means that when getting advice on life insurance, or a pension, or income protection, Irish consumers will still be able to opt to “pay” for the service by the financial services provider giving the broker commission on the sale.

However, the regulator has imposed new rules which it says aims to close apparent conflicts of interest in the use of commission.

But do these go far enough to protect consumers?

The issue of how financial advisors get remunerated for their work has long been a contentious issue.

A Central Bank study in 2016 of consumers’ understanding of commission payments showed that there was much confusion as to how – and how frequently – advisers are remunerated by product providers, raising doubts about whether a commission structure was in the best interests of consumers.

Does it exert a bias towards products that pay the highest rates of commission, for example, or just a bias towards a transaction? After all, how can an adviser get paid if you don’t buy a product after your appointment on which they can earn commission?

Ireland is not the only country to consider this issue. The UK opted to ban commissions outright in 2012. Since then, some have argued that it has led to an improvement in the quality of advice available, while others say it has led to a sharp reduction in the number of financial advisers, increased costs, and led to a so-called “advice gap” emerging between the haves and the have-nots.

It’s likely that the fear of just such a gap emerging in the Irish market is behind the Irish regulator’s approach to allow two regimes – fee-paying and commission – continue to cohabit the world of financial advice.

Will we see an uptick in conferences on the Algarve or in the south of France?

It has, however, sought to limit potential bias by banning commission payments based on volume or targets, requesting brokers to fully disclose how much they earn on each transaction on their website, and prohibiting so-called “soft commissions” such as tickets to rugby matches and golf trips.

In this respect, it has gone further than existing European regulations, such as the Insurance Distribution Directive.

It’s arguable as to whether or not it’s really gone far enough to protect consumers, many of whom still don’t understand how the commission structure actually works.

Banning golf trips is one thing, but the regulator will still allow brokers to be invited for free to conferences – provided that they have an added value to consumers. So will we see an uptick in conferences on the Algarve or in the south of France?

In theory, allowing consumers to shop around on brokers’ websites to identify the “cheapest” sales service is a good thing, but how will it actually work in practice?

The regulator has not developed a consumer-friendly template as to just how this information should be displayed. Into this vacuum then could come the industry, offering a selection of data that just doesn’t make easy sense to customers.

This is a major shortcoming of the new rules – that the regulator hasn’t required brokers to indicate a monetary value on how much they’ll earn from a transaction. If you’re giving up 0.5 per cent of your pension in trail commission every year, for example, you might think it sounds reasonable. But in monetary terms, this could be costing you €2,500 on a €500,000 fund.

In its submission to the original consultation, the Pensions Council argued that “it is what is not disclosed that can damage consumers”. Under the new rules, there is every chance that while the information is being disclosed, consumers still might not understand it.

1 Aldi empire wracked by family feud
2 TikTok to be banned from US app stores from Sunday
3 NatWest considers closing Ulster Bank in the Republic
4 Ulster Bank CEO tells staff ‘all options’ on future on the table
5 Cliff Taylor: What permanently low interest rates mean for you as a saver or borrower
6 How Ireland managed to green the White House
7 Mark Paul: Government faces dilemma on which businesses to save
8 Volkswagen close to selling its Bugatti supercar brand
9 Dublin-based Fenergo considers $1.5bn listing
10 Gabriel Makhlouf: ‘A full second lockdown would be very serious for the economy’
Real news has value SUBSCRIBE
Save money on international transfers