The generation game: The budget winners and losers in the past decade

Which age group has won the most in the budgets since 2008? 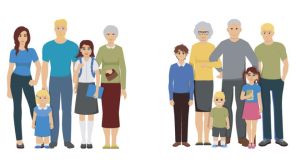 It’s the battle of the generations, but who are the winners and who are the losers in budgets over recent years, which first sought to increase people’s tax burdens and then attempted to alleviate it?

Yes, rents might have surpassed Celtic Tiger highs; property prices may be rocketing ahead; stocks such as Ryanair have long flown higher than their previous peaks. And yet our tax burden has not yet eased to levels last seen in 2008.

When you consider that earnings have largely been stagnant over the past nine or so years, it’s clear to see why our disposable incomes have been so constrained.

Overall it would seem everyone has lost since the austerity budgets first kicked in back in 2008.

“People are still not yet in the same ‘cash in hand’ position they had in 2008, but there is some progress,” says Colm Waters, senior manager with PwC, adding that “the expected increase in the standard rate cut-off band [in Budget 2018] will be another step in that direction”.

Nonetheless some have fared better than others over the past decade or so. So which generation has borne the biggest brunt of budget day decisions and who has fared best?

Many private-sector pensioners have had to deal with losing part of their income thanks to the pensions levy, which was a charge of as much as a 0.75 per cent on their incomes. This was abolished at the end of 2015, but pensioners have yet to fully recover their 2008 position.

However, thanks to successive increases in the State pension – with another potentially on the way – and favourable tax treatment when it comes to the universal social charge, pensioners have not fared as poorly as others.

Their income is now down just 3 per cent compared with our millennial couple, who have a similar income – €60,000 a year – but have seen their income slide 3.9 per cent over the same time period.

But if you want to look at it another way, you can see that our pensioners also fall into that “squeezed middle” category, in that their tax burden has increased significantly in recent years.

It also means, however, that they will be watching carefully for any pronouncements on the proposed merger of USC into PRSI. Given that they pay the former but not the latter, could their tax burden rise or fall as a result of the integration?

The blame for the generational wealth chasm opening up between millennials and their parents has largely been assigned to the so-called baby boomers, or those born in the postwar years up until about 1964. But is this fair?

As our example shows, high-earning baby boomers have experienced the biggest hit to their incomes since the crash – unsurprising, perhaps, given the progressive nature of the Irish tax system.

Sam, with income of €175,000, has seen his take-home income slip 9 per cent since 2008, and he is still down about €800 a month, thanks to the steady rise in taxes on those on middle and higher incomes, as well as on landlords. Being self-employed doesn’t help either, as he must pay a three percentage point USC surcharge on earnings over €100,000.

But, when you consider how much baby boomers’ tax burden has risen, as measured by their effective tax rate, it would seem that this generation has received a lighter burden than others.

Back in 2008, for example, our high earner, Sam, would have given up 38.9 per cent of his income in taxes; today that figure has risen to 44.5 per cent, an increase of 14.4 per cent. Other generations, such as millennials and Generation X, as our table shows, have seen their effective tax rates rise by a greater percentage.

However, his example also shows the wealth he has accumulated thanks to the dramatic growth in property prices; the couple bought their family home in 1990 for just €90,000 – now it is worth more than €1 million.

It does mean, however, that he is right to be concerned about possible changes to property tax. He is currently paying €1,032 a year based on a 2013 valuation, but this could rocket to €1,540 if properties are to be revalued in 2019.

They’re dealing with negative equity and they got on the property ladder later than their parents, meaning their pension plans look sparse. Some will have emigrated in the aftermath of the recession, while others will have stayed, had children, and now struggle with the cost of childcare. But how have they fared in the tax system?

As a father of two children he has, however, benefited from a rise in child benefit, now at a level of €140 per child, although he is less than impressed with the introduction of the affordable childcare scheme, first mooted in last year’s budget. It has delivered much less than he had previously hoped for.

He will be watching closely next Tuesday to see if there will be any changes to the single person child carer credit that was introduced in 2014, replacing the one-parent family tax credit.

Our other Gen Xers, couple Colleen and Alanna, appeared to have fared particularly well. On a salary of €90,000, with one earner, their take-home income actually increased over the time frame by 0.2 per cent, while their effective tax rate has actually fallen 0.6 per cent.

However, this is because they celebrated a civil partnership back in 2011, which meant their take-home pay jumped from €4,649 to €4,890 as a result of favourable tax treatment following civil partnership, which has allowed them to withstand the worst of the austerity budgets.

But like many other Gen Xers, the couple are struggling to trade up. They purchased their first home back in the boom years but they have since grown out of it. The property, which they bought for €300,000 in 2005, is eventually coming out of negative equity, but they are dismayed that Help-to-Buy isn’t open to them as second -time buyers.

They are delighted to hear of the potential extension to the mortgage interest relief, mooted in this year’s budget, which applies to them should they decide to remain in their current home.

They can’t get on the property ladder; they’re struggling with unpaid internships and contract work; and rents are soaring to record highs. Life is indeed challenging for today’s generation of twenty and early thirtysomethings.

And with many of them now moving into “middle-income” jobs, they are also bearing a substantial brunt of the drive to boost tax revenues.

Our single millennial, Laura, for example, who lives and works in Silicon Docks in Dublin and earns €38,000 a year, today gets to bring home €2,515 a month – just enough to cover her €800 rent, bills and social life.

If she had been earning the same income back in 2008, she would have got to keep €2,658 of her monthly salary. That’s one of the biggest falls in after-tax income of any of the generations, at 5.4 per cent. Moreover, her effective tax rate has soared by 28.1 per cent since 2008, again one of the highest rates.

Laura is keen to see an increase in the standard rate cut-off point next Tuesday, which will reduce the amount of her income that is subject to tax at the higher rate and allow her to keep more of her income.

Our other millennials, couple Sarah and Sean, have also seen their income decline, but with their two incomes, it wasn’t as bad for them as it was for Laura. They are hoping to get on the property ladder and are worried that the Help-to-Buy scheme might be abolished.

They are also looking out for any reliefs available for childcare as it makes no sense financially for Sean – who has cut his hours to a three-day week to mind their baby Sadhbh– to be working full-time with the cost of childcare.

They have yet to fully make their mark on the workforce, and so our youngest cohort, those born after 1995, have yet to fully feel the impact of taxation. Nonetheless, even though roughly a third of those earning an income in Ireland are outside the tax net, our low-income earner of €13,500 has found himself inching into this net as a result of austerity budgets.

It means his effective tax rate has risen from 0 to 0.7 per cent, although it did fall last year from 1.2 per cent. While this is very low by international standards, he is struggling and hopes that the Government might make yet another move on USC/PRSI to take even more people out of these nets.

He would also be happy to see the extension of some form of relief for private rented accommodation (which is due to lapse from January 1st next).

“Given that rents are now at levels comparable with boom times, this is possibly an area which the government will be under pressure to reconsider as part of the budget,” he says.

WHO ARE THE GENERATIONS?