Medical cards: What do they give you and how do you get one? 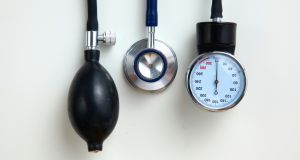 With some older people no longer eligible for a full medical card, the number of GP visit cards, which are automatically granted to the over-70s, has soared since their introduction in 2005, with 480,787 citizens now holding one

If you’re reading this there’s almost a one in two chance you have either a medical card or a GP card. Yes, out of a population of 4.8 million, 2.1 million people, or 44 per cent of the population, have in their wallet one of those benefits even though, as is shown below, income limits for entitlement are very tight.

And the figure would be even higher if the government had not pulled back on these benefits in 2009, introducing a means test for the over-70s, which was subsequently tightened in 2014.

With some older people no longer eligible for a full medical card, the number of GP visit cards, which are automatically granted to the over-70s, have also soared since its introduction in 2005, with 480,787 citizens currently holding one.

There have been delays of late in granting medical cards due to staff shortages at the HSE. In the meantime TDs continue to lobby on behalf of their constituents; in June and July just gone almost 40 queries were made in the Dáil to Minister for Health Simon Harris on the status of individuals’ medical cards.

A medical card entitles the holder to free GP services and out-patient services in public hospitals. Someone with a GP card is restricted to doctor visits only, and receives no recompense on hospital charges. Ordinarily a GP visit would cost someone between €50-€60. A visit to A&E, which typically costs €100, is also free for medical card holders.

Medical card holders can also avail of all in-patient services in public wards in public hospitals, including public consultant services, without having to incur charges of €80 a night, up to a maximum of €800 in any year.

One first-stage endodontic (root canal) treatment is also available each year for teeth at the front of the mouth, as are denture repairs, although other treatment will require HSE approval.

However there is a caveat; to benefit from this lower rate of USC your income must be €60,000 or less if you are aged under 70.

Of course given the means tests that is in place to qualify for a medical card it’s likely that the cost of this tax saving is not significant.

Nonetheless it does mean that someone earning €60,000 who has a medical card will only pay USC of €1,500 on this income compared with €2,290 for someone unable to avail of the reduction. That’s a saving of €790 a year.

People who hold a GP visit card, a Drugs Payment Scheme Card, a European Health Insurance Card or a Long-term Illness Scheme Card do not qualify for the reduced rate.

If your children attend a primary school located more than 3.2km from your home you may be entitled to discounted transport to attend the school. Typically,a charge of €100 per year applies for the service, capped at €220 per family, but if your child has a medical card you will not have to pay the charge.

Students who are taking or repeating the Leaving Certificate must pay examination fees in order to sit the exams. The fees range from €116 for the first time sitting the exam to €301 for repeating it. If you or your parent(s) or guardian(s) hold a medical card you are exempt from these fees.

Medical card holders (or children of them) are also exempt from the €200 contribution for attending a post-Leaving Certificate college.

Under the Community Childcare Subvention (CCS) programme, which is aimed at supporting disadvantaged parents, medical card holders may be entitled to cheaper childcare for their children provided that the childcare provider is registered with Tusla.

The rate of reduction will depend on the parents’ circumstances. For example, parents or guardians who have a medical card but also get most social welfare payments and/or are enrolled in certain employment schemes, can get a weekly reduction of €145 for a full-time place (€580 a month).

Parents with a medical card but without social welfare payments are still entitled to a monthly reduction of €280 for a full-time place.

Parents with a GP visit card, where the child is older than six, are entitled to a monthly reduction of €200 for a full-time place.

Holders of a medical card are also entitled to a maternity cash grant of €10.16 on the birth of a child.

HOW MUCH DO THEY COST THE STATE?

Unsurprisingly, given the wide range of benefits they offer, medical cards are expensive. Figures from the HSE show that the cost of a medical card for someone aged 70 or over typically comes to about €2,092 a year – and 20 per cent of those who hold a medical card are in this age group.

These costs, however, only relate to payments for GP, pharmacy, dental and optical services, so the true costs – when the lower rate of USC plus added services such as free school bus are factored in – are likely to be considerably higher.

Medical cards are granted on the proviso that they should be handed back should an individual’s circumstances change, although there may be a grace period for up to three years. It’s up to the holder to notify the HSE. And the HSE doesn’t keep track of how many cards are handed back.

According to a spokeswoman, the Primary Care Reimbursement Service (PCRS) does not routinely collect data on the number of people who return their medical cards, although she did note that last year the National Medical Card Unit undertook 482,125 full reviews and self-assessments.

HOW DO YOU GET ONE?

The aim of a medical card is to predominantly assist low-income families meet the cost of healthcare. This means that income limits are stringent.

For example, a single person living alone should not have income above €184 a week, or €164 if they have a family, although if their total earnings exceed this, and are drawn only from welfare payments, they will still qualify.

A couple can earn €266.50, with allowances available per child, so a couple with three children can earn up to €383.50 a week (€19, 942) and still qualify, although in reality the income limits may be higher as “reasonable expenses”, such as rent, childcare and travel expenses, will also be allowed.

In addition, savings and investments are also taken into consideration, although income of €36,000 a year (individual) and €72,000 (couple) are disregarded, while the value of a family home is not assessed.

For the over-70s different rules apply. Of course not so long ago everyone in this age category received a full medical card, but since 2009 a means test applies which means that many will now only qualify for a GP card.

Typically, to qualify you should not have a pre-tax weekly income (pensions, savings, investments and some property are take into account) of more than €500 for a single person or €900 a week for couples, down from €600 and €1,200 a week respectively from January 2014.

However you might still qualify on hardship grounds for a so-called “discretionary card”. According to Age Action, there are now about 100,000 such cards in use, which means that income is not a barrier to getting a card depending on the circumstances of your health.

A report from the ESRI in 2015, for example, found that one in five of those in the highest income decile (the top 10 per cent of the population by income) reported having a medical card even though very few of this group are modelled as having an entitlement to a medical card

1 Who are Ireland’s 17 billionaires?
2 State subsidises public sector retirees to cover gap until State pension
3 My father in a nursing home wants to gift me his house
4 Are there annual limits on inheritances or gifts to a child?
5 Corporate tax change is inevitable, says Donohoe
6 Trump holds America up as ‘example for the world’
7 Central banks join forces to look at future digital currencies
8 Countries that fail to attract immigrants will lose out – Microsoft chief
9 Nama lends Cosgraves €15m to fund huge apartment development
10 Cubic Telecom raises more than €11 million in funding
Real news has value SUBSCRIBE
Save money on international transfers