Stocktake: Markets should be worried by Bernie Sanders 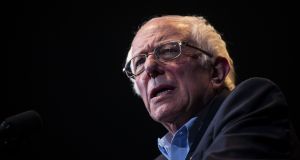 Markets have been calm about the prospect of a Bernie Sanders presidency. That may be about to change. The left-winger recently took the lead in a poll on political betting site PredictIt for the first time, with betting indicating he has a 41 per cent chance of becoming the Democrat nominee – ahead of Joe Biden, whose odds have fallen to 32 per cent. Paddy Power, too, sees Sanders as the frontrunner and the 13/8 favourite. Last autumn’s market dip coincided with the temporary ascent in the polls of left-leaning Elizabeth Warren, with various high-profile investors warning continued Warren gains could trigger a sizeable market correction. In contrast, Wall Street has been quiet about Sanders, reflecting a “lack of realisation that Bernie could win the nomination”, said Daniel Clifton of Strategas last week.

Alternatively, Wall Street may be assuming that even if Sanders does become the nominee, American voters will ultimately reject the idea of electing an unapologetic socialist. However, that is not a given – betting odds make Trump a narrow favourite to be re-elected, with the Democrats given odds of 11/10. High-profile bond manager Jeffrey Gundlach recently cautioned Sanders represented the biggest risk to stocks in 2020. With the Iowa caucus results out this morning and election fever set to mount in coming weeks, Sanders may, as Gundlach predicted, “be taken more seriously as the field winnows”.