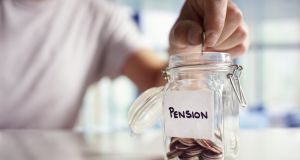 Reintroducing a transition pension to bridge the gap to the State pension for those retiring at 65 threatens the sustainability of the whole system, Ireland’s actuaries have warned.

The Society of Actuaries, whose members specialise in assessing future risk in areas such as pensions, says it is important that any return of the transition pension to calm voter anger ahead of the general election can only be a temporary measure.

“A permanent transition pension arrangement would represent a failure to address the reality of the situation,” they say.

Other parties have proposed even more dramatic moves to reverse the process.

The actuaries accept that the 2014 change “created difficulties” for those whose employment contracts forced them out of work at 65 regardless of circumstances. This forced many to apply for means tested jobseeker’s allowance, which the actuaries describe as “a temporary, incomplete and unsatisfactory solution” that will become “even less appropriate when the State pension age is due to become 67”.

The society has proposed that one solution would be to allow people to draw a reduced State pension early.

It notes that the most recent actuarial audit of the Social Insurance Fund – into which PRSI payments go and out of which pensions and other welfare payments are made – says that “significant” increases in PRSI would be needed to keep paying pensions at 65.

The society has argued consistently that pension age must rise gradually to make the State pension system affordable and sustainable. It notes that the Government’s pensions roadmap proposes that any further changes to the State pension age should be directly linked to increases in life expectancy. The plan is that this would be assessed in 2022 and every five years thereafter, with a notice period of 13 years or more before additional changes are introduced.

1 Bank leaked my loan request to family who tried to rip me off
2 Irish companies restrict travel over coronavirus fears
3 Suspicions rife as key Brexit trade talks begin in Brussels
4 Corona beer firm reeling after 8% slide due to coronavirus
5 Coronavirus rocks financial world as hopes for containment fade
6 Rolls-Royce surges on hopes of solution to Boeing 787 engine glitches
7 How well paid do you think you are? Here’s how to work it out
8 How Tony Buzan used mind maps to doodle his way to millions
9 How to . . . upgrade your console’s storage
10 Refusal for conversion of offices to Airbnb-style rental
Real news has value SUBSCRIBE
Save money on international transfers