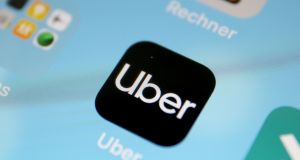 Banking giants JP Morgan and Wells Fargo kicked off earnings season in the US on Friday. It will be weeks before an obvious pattern emerges, but it’s fair to say a lacklustre season is expected. Almost three times as many companies have issued negative pre-announcements compared with positive pre-announcements – the highest ratio in three years. Earnings are expected to fall 4 per cent even though revenues are projected to rise almost 5 per cent. That suggests pricing pressure and cost increases are eating into hitherto hefty profit margins, especially in the market-leading technology industry. Bulls say investors shouldn’t fret. Firstly, companies love to beat deliberately low-balled estimates; that’s why results have trumped estimates for 39 consecutive quarters. Companies may have taken advantage of the many economic excuses available to them to guide expectation down, suggests LPL Research. The 7 per cent cut to estimates since January represents the biggest reduction since early 2016 and may have once again “put the bar too low”.

Secondly, even if earnings do decline, that doesn’t mean stocks will follow suit; markets look ahead, not backwards, which is why stocks often gain during weak earnings seasons and slip during strong quarters. Still, stocks are on the cusp of all-time highs after posting their biggest quarterly gain in almost a decade and valuations are at the upper end of their five-year range. Markets have been “dominated by a rate narrative” that has “buffered” stocks against earnings worries, says Datatrek Research’s Nicholas Colas, but those worries might soon take centre stage. At the very least, says Barclays, the market rally means companies that miss estimates could be punished more than those who beat them get rewarded.

Ride-sharing company Uber is likely to make its market debut next month in what is expected to be the largest US initial public offering (IPO) this year and one of the largest of all time. However, the recent troubles of Uber’s ride-sharing rival Lyft might give investors pause for thought. Lyft secured an aggressive valuation of more than $24 billion after going public last month, but the euphoria didn’t lasted long. The stock hit an opening day high of $88 – well above its IPO price of $72 – but has since lost almost a third of its value, touching $60 last week after double-digit plunges on Monday and Wednesday.

It’s often joked that IPO stands for “It’s probably overpriced” and Lyft’s valuation always looked challenging for a company that lost $911 million last year. How exactly does one value loss-making companies such as Lyft, Uber and Pinterest, the image-sharing app that is also expected to go public soon? Investors have been more focused on that question since Lyft shares turned south, with Uber now reportedly planning on a valuation in the $90 billion-$100 billion range – lower than the figure of $120 billion previously bandied about by investment bankers.

Even that revised figure looks heroic, given that Uber lost $3.3 billion last year. No doubt the hype machine will go into overdrive as the launch date gets closer, but ordinary investors should tread carefully. Caveat emptor.

Stocks on the verge of new highs

As US stocks edge ever closer to last October’s peak, there’s increased chatter as to whether fresh all-time highs are coming. In fact, you could say they’re already there. The tech-heavy Nasdaq total return index, which includes dividends, last week closed at new highs. The average S&P 500 stock is also flying high, with the equal-weighted version of the index hitting new highs last week (equal-weighted indices allocate the same weight to each stock, as opposed to market-capitalisation indices that give greater weight to the largest stocks). The global bull market looks in similarly fine shape. Almost two-thirds of the 70 countries monitored by Callum Thomas of Topdown Charts have seen golden crosses, with their 50-day moving average crossing above their 200-day average.

Things look even better in emerging markets, which were the first to collapse last year and the first to recover, says Thomas, with 81 per cent now in definite uptrends.

One incompetent Federal Reserve board nominee is not enough for Donald Trump. Within a fortnight of nominating Stephen Moore (a laughing stock among economists) for the position, Trump decided he wanted pizza magnate and Tea Party activist Herman Cain to join the board of the world’s most important central bank.

Cain’s patent unsuitability means his nomination will probably fail, but Trump may be hoping he makes Moore look more acceptable to the Republican senators who will vote on the matter. No doubt senior Fed members would ignore their contributions in any event, but the problem is that “stacking the Fed with partisan hacks would alter how the market views the Fed’s decisions even if two appointments don’t change the Fed’s decision-making”, as Grant Thornton economist Diane Swonk warned last week. “Over time, the loss in credibility will mount.”

1 Trump vs Biden: Stakes are high for the Irish economy
2 Bought a desk or a chair? Revenue rules out tax relief for home workers
3 Will remote working become the norm?
4 Tighter regulations for car makers will drive buyers to choose electric
5 Losses balloon at Virgin Media Ireland but revenue rises
6 Kennedy Wilson sells Baggot Plaza for $165m
7 High Court to rule on €1.64bn Perrigo tax case next week
8 Stripe moves payment processing to Dublin due to Brexit
9 AIB reports better than expected results in face of Covid, income drops 11%
10 How long can Government afford to keep State pension age at 66?
Real news has value SUBSCRIBE
Save money on international transfers