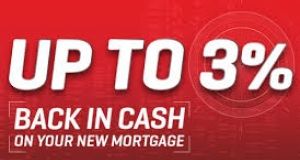 EBS has become the latest financial institution to curb over-eager mortgage switchers from availing of multiple cashback offers in the one year, as lenders look to curtail switching activity.

The wholly-owned subsidiary of AIB is now applying a general rule whereby switcher applicants must have been with their previous lender for at least one year before the building society will consider their mortgage application and thus their entitlement to a cashback.

The move from EBS follows its decision earlier this year to ramp up its cashback offer from 2 per cent to 3 per cent for borrowers staying with the institution for five years, and means that it will now be more difficult for homeowners to avail of multiple cashback deals by switching several times. One poster on askaboutmoney.com, for example, managed to earn €18,000 from cashback deals in one year by switching three times; first to PTSB, then to Bank of Ireland and then to EBS.

The move from EBS is in line with other players in the cashback market. Currently there are three lenders offering a percentage cashback on the value of your mortgage – Permanent TSB (2 per cent), EBS (up to 3 per cent) and Bank of Ireland (up to 3 per cent). KBC offers a fixed €3,000 cashback to switchers, AIB gives you €2,000 and Ulster Bank gives €1,500 to switchers to help with legal fees.

Those offering cashback deals all now impose limits. Permanent TSB, for example, will not consider you eligible for a switcher cashback unless you’ve been with your previous lender for at least two years, while Bank of Ireland imposes the same limit – one year – as EBS.

Cashback deals have been criticised for costing homeowners more, with a study last year finding that these mortgage deals could end up costing a borrower as much as €30,000 more over the life of a mortgage because of the higher rates associated with such products. However, some homeowners have sought to exploit the cashback offers by switching multiple times.

Lenders previously sought to encourage borrowers to switch less frequently by imposing a clawback on their cashback offers. Up until 2016, for example, Bank of Ireland had a condition that allowed it to claw back its 2 per cent cashback if the borrower either repaid their mortgage in full, or switched, within five years of drawdown.

However, in 2016 the EU Mortgage Credit directive outlawed such conditions. Nonetheless some lenders have adopted a different condition to try and hold on to customers, by offering an added incentive – in the case of Bank of Ireland and EBS – for customers not switching for five years.

1 Should my mam wait for house prices to drop before buying?
2 Pilita Clark: Why we’re about to learn if we are really in the A-team
3 Hard-hit SMEs get ‘paltry’ €11m worth of loans under State scheme
4 ‘I have a talent for justifying purchases’
5 Irish whiskey sales near milestone of 12m cases a year
6 Chris Johns: Past is another country when it comes to our post-pandemic future
7 Citigroup warns that markets are out of step with reality
8 ‘I’m so lucky to be in the Caribbean – a million miles from Derry Girls’
9 US ‘hard seltzer’ drink White Claw launches in Ireland
10 Joint accounts: if one of us dies, can the other access the money?
Real news has value SUBSCRIBE
Save money on international transfers