Investors pay the price when egos rule for fund managers 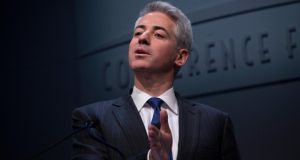 Legendary investor Bill Gross was the most successful bond manager of his generation but his career ended miserably earlier this year after he made risky bets in a doomed attempt to prove he “could still do it, and do it quickly”.

It raises the question: how big a problem is ego in the money management business?

It was certainly a problem for Gross. Long known as the bond king, Gross was the most influential figure in the global bond market before being ousted from the firm he founded, investing giant Pimco, in 2014. An acrimonious legal battle with Pimco followed and Gross started again at a smaller outfit, Janus Henderson, but it didn’t work out; in the final three years of his career, Gross underperformed more than 90 per cent of his peers.

In a revealing interview with the Financial Times last month, Gross admitted he ignored the lessons learned over his long and illustrious career, taking excessive risks with his new fund. “I lost my bearings,” he said. “I wanted to prove that I could still do it, and do it quickly.”

Fame had always been important to Gross. At Pimco, he used to ask potential hires whether they would choose money, power or fame. “I knew for me it was to be famous,” he told the FT. “Eventually, as the Coldplay song goes, who would ever want to be king?” he added. “But as you’ve observed, the emotional side of me says: ‘People don’t love me anymore.’”

Gross’s need for fame and acclaim suggest he was motivated not only by a desire to prove his old colleagues at Pimco wrong, but to compete with his younger rival Jeffrey Gundlach, who many media outlets had already anointed as the new ‘bond king’.

Gundlach has previously recounted how, in a meeting in 2014, Gross “mentioned the ‘Bond King’ thing and seemed surprised when I said I never encouraged the media on that one”. Gundlach, who has a large ego of his own (he once said he had the “gift” of “being able to have stunning insight into the reality of markets and the economy”), admitted the two competed “to log better returns than each other” and made an apparent jab at Gross in 2017 when he referenced and dismissed comments made by “second-tier” bond managers.

Of course, large egos are not in short supply on Wall Street.

Billionaire hedge fund manager Bill Ackman lost hundreds of millions of dollars betting against nutritional supplement company Herbalife over a five-year period, finally closing his short position last year. Ackman viewed Herbalife as a pyramid scheme that was going to go to zero and was nonplussed about the fact that the company had been in business since 1980, saying: “They’ve never had someone like me prepared to say the truth about the company.”

However, Ackman hadn’t banked on the fact that his reputation for arrogance meant a raft of other money managers – including billionaire investor Carl Icahn – were queuing up to take the other side of the trade and go long Herbalife stock.

“Ackman seems to have this ‘Superman complex,’” Chapman Capital’s Robert Chapman told Vanity Fair in 2013, saying he seemed to view others as “some kind of subspecies” and “seems to have been born without the gene that perceives and measures risk”. Similarly harsh sentiments were expressed by Icahn, who lambasted Ackman during an infamous verbal brawl between the two men on CNBC shortly after the latter had disclosed his bet against Herbalife.

By the end of that year, Ackman admitted he was “$400 million to $500 million” in the red but that he would hold his short position “to the end of the Earth”. The long battle between the two men is recounted in CNBC host Scott Wapner’s book When the Wolves Bite, which suggests Ackman was hobbled by his ego and the fact he could not bear the thought of losing his bet to Icahn.

Nevertheless, some argue a large ego is a necessity on Wall Street. “In this business, being an egomaniac is a good thing”, writes Daniel Strachman in his book Fundamentals of Hedge Fund Management. “You need to believe you are the best money manager in the world,” he says. “You have to think in your heart of hearts you are the best and you should be in the hall of fame, along with all the other great managers”.

Hedge fund managers “who do not check their egos at the door are the ones who are successful and the ones who come out on top” in the “kill or be killed” world of Wall Street, argues Strachman.

Is there any truth to this alpha male rhetoric? A certain level of confidence appears to be important, with some financial studies finding diffidence and underconfidence can negatively impact performance and decision making. Another widely-cited study suggested overconfident people are more likely to survive in high-stakes environments such as the finance industry, despite the increased likelihood of “faulty assessments, unrealistic expectations and hazardous decisions”.

But a wealth of literature indicates investors should keep their ego in check. One study, Fund Manager Overconfidence and Investment Performance: Evidence from Mutual Funds, found that fund managers become overconfident after periods of strong performance, causing them to then make poorer decisions which hurt performance. Examining the returns of 4,600 US funds, it found you could profit by shorting funds managed by overconfident investors and buying ones run by “normally” confident investors.

Research also shows investors should be wary of companies headed by egotistical chief executives. Finance research has shown that most acquisitions hurt the shareholders of the acquiring firm – unsurprising, as acquiring companies usually must pay a significant premium to the current stock price of the target firm.

These findings are well known, so why do some chief executives push for large and risky acquisitions? Chief executive ego and compensation “is the most important reason of all”, according to BankingHQ, a blog run by an anonymous professional working in venture capital in London. “There is,” he says, “no better feeling than waking up to find the deal you have secretly been working on for months making the front pages of the Financial Times”.

This doesn’t appear to be an exaggeration. One study, CEO Narcissism and the Takeover Process, found that chief executives of acquiring companies tended to be significantly more narcissistic than those of target companies, while other research confirms overconfident chief executives are much more likely to try and make big corporate deals.

Ego is always likely to play an important role in the financial world, says Ritholtz Wealth Management’s Ben Carlson. “Most people who have the drive to become top performers and earn boatloads of money eventually begin to crave something else,” says Carlson. “Fame is the next logical step once money and power are checked off the list.” As for Bill Gross, “I can’t tell if it’s refreshing or sad that even billionaires who’ve reached the pinnacle of their profession still crave adulation for their accomplishments.”