Stocktake: Don’t login to your portfolio too often

Why things are looking up for global stock markets; and SoftBank backs WeWork 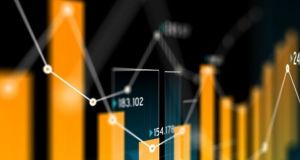 A new study notes that investors have long been prone to the disposition effect – the tendency to sell winning stocks and hold on to losers. Photograph: iStock

Nobel economist and behavioural finance expert Richard Thaler has long warned that it’s a bad idea to look at your portfolio too often, and a new study confirms the wisdom of that advice. Investor Attention, Reference Points and the Disposition Effect, a new study co-authored by behavioural finance expert Prof George Loewenstein, notes that investors have long been prone to the disposition effect – the tendency to sell winning stocks and hold on to losers.

Most researchers have assumed investors anchor to their purchase price; as humans, we hate to lose, so it can be tempting to sell when a stock is above your purchase price and to hold on when you’re in the red. Loewenstein’s analysis of UK brokerage data shows that to be true, but it’s not the whole story. He was also given access to login data, allowing him track what happened every time investors logged into their accounts.

The price investors saw at their latest login became a new reference point; investors were more likely to sell if the price was higher than their previous login and more likely to hold on if lower than the previous login. Commenting on the study, investment analyst Joachim Klement cautions: “Every time you look at your investments you run the risk that you see a gain that will push you to take profits and sell the investment. Every time you look at the portfolio, you might see a loss that causes anguish and reinforces your despondency.”

The lesson of the study, he says, is obvious: don’t look at your portfolio too often.

For all the talk of a slowing world economy, things are looking up for global stock markets. Last week, 59 per cent of stocks in the MSCI All-Country World index were trading above their 200-day moving average, notes Oppenheimer technical analyst Ari Wald.

During the last 25 years, readings between 60 and 80 per cent have been followed by above-average S&P 500 returns over the following six- and 12-month periods. Wald’s data shows stocks tend to do best when markets are extremely oversold (readings below 20 per cent). However, relatively low (20-40) and middling (40-60) readings tend to be followed by, well, relatively low and relatively middling returns.

In contrast, indices usually do very well when global market momentum is building, as evidenced by a growing number of individual stocks moving upwards.

That appears to be the case right now. Ideally, says Wald, global breadth figures will continue to improve and exceed levels seen in May, when 69 per cent of stocks were in long-term uptrends. “Incremental improvement in Europe, emerging markets and US small-caps are the pillars for this to occur,” says Wald, who is “monitoring for a surge in global participation”.

Bulls will also note that market momentum is building just as stocks enter their seasonally strongest period of the year. Since 1950, all US stock market gains have occurred in the November-April period – you’d actually have lost money if you were only invested between May and October.

The fourth quarter has historically has been the strongest period of the year, according to LPL Research data, with November and December being the index’s best two months over the last seven decades. Of course, stocks don’t always follow the seasonal script, and investors will remember that things were very ugly at the tail end of 2018.

Then, the S&P 500 fell as much as 20 per cent between October and Christmas Eve, with December proving to be the worst month for stocks since the peak of the global financial crisis in 2009. Still, while seasonal indicators are far from foolproof, the fact remains that more often than not, stocks tend to enjoy year-end strength. Why? Put it down to increased management commentary on the coming year, says LPL, as well as end-of-year portfolio rebalancing and a “general optimism boost as the holidays approach”.

SoftBank doubles down on WeWork

Markets didn’t think much of SoftBank’s $10 billion bailout for office-sharing start-up WeWork; shares in the Japanese conglomerate last week fell to their lowest level since January in the wake of the takeover announcement.

One can see why. SoftBank poured billions into WeWork during multiple financing rounds since 2017, building its stake at ever-increasing valuations between $20 billion and $47 billion. Some estimates indicate this latest investment – which includes a $1.7 billion package for former WeWork CEO Adam Neumann – means SoftBank will have ploughed in more than $19 billion to buy an 80 per cent stake in a troubled company now valued at $8 billion.

Doubling down on a losing investment is all very well in the right circumstances, but investors are bound to wonder if SoftBank is simply throwing good money after bad, in the same way that amateur investors sometimes keep buying falling shares in a desperate effort to lower their breakeven point.

1 Bogus notion that supply will cure our housing woes
2 Life as a Facebook moderator: ‘People are awful. This is what my job has taught me’
3 Bank leaked my loan request to family who tried to rip me off
4 Irish companies restrict travel over coronavirus fears
5 Suspicions rife as key Brexit trade talks begin in Brussels
6 ‘The only time apartments were viable was in . . . Ballsbridge, Killiney and Dalkey’
7 Corona beer firm reeling after 8% slide due to coronavirus
8 We have little chance of building enough homes to meet election promises
9 Coronavirus: Iseq down 11% in five days as global sell-off is worst week since 2008 crisis
10 Coronavirus: ‘All bets are off’, says aircraft industry chief
Real news has value SUBSCRIBE
Save money on international transfers