Stocktake: Arguing against rally is getting pricey 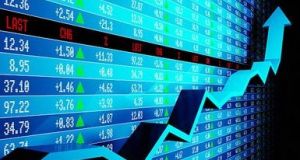 Stock markets keep defying the doubters, with the S&P 500 last week crossing 3,000 for the first time since March and breaking above its 200-day moving average.

The rebound off March’s market lows was initially widely viewed as a bear market rally, but the scale of the recovery suggests otherwise. The S&P 500 is now down less than 6 per cent in 2020 and has clawed back most of its losses. Incredibly, the tech-heavy Nasdaq 100 is actually up 8 per cent this year and within touching distance of all-time highs – some recovery given it had fallen almost 30 per cent.

Not everyone is convinced; JP Morgan last week advised investors not to “overstay their welcome” as the bounce will likely “peter out” in summer.

Maybe, but 90 per cent of S&P 500 stocks were last week trading above their 50-day moving average. The last 11 times that has happened the index was higher a year later on all but one occasion, says LPL Research’s Ryan Detrick, averaging gains of 16 per cent.

Things are also looking up in Europe, notes Baird’s Willie Delwiche, with 87 per cent of stocks trading above their 50-day average.

You might not agree with the market response, but arguing against it is getting pricey.