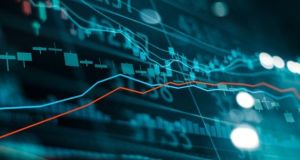 Stocks slipped last week but have nevertheless enjoyed big gains since bottoming in mid-March. Ordinary investors aren’t convinced, however. Yale’s crash confidence index, which measures expectations regarding the probability of a “catastrophic stock market crash” over the next six months, shows a big divergence between institutional and ordinary investors, with the latter far more pessimistic as to what’s around the corner.

This pessimism is mirrored in recent American Association of Individual Investors polls. A fortnight ago, just 23.7 per cent of investors described themselves as bullish, with pessimism hitting a seven-year high. Last Thursday’s poll was similarly grim, with bears outnumbering bulls by more than two-to-one.

Retail investors are often seen as a dumb money indicator, so contrarians might view such high levels of pessimism as bullish. However, one could easily argue the so-called dumb money is right to be cautious, given the S&P 500 is only down 13 per cent in 2020 despite the world being plunged into the worst recession in living memory.

As Doug Ramsey of the Leuthold Group has cautioned, it may well that “the stock market punishment doesn’t fit the economic crime”.

1 How safe is it to go back to the office?
2 Elderly parents living in property you own will save you on capital gains tax
3 Construction workers among first PTSB borrowers off payment breaks
4 Owner of Dundrum Town Centre to sell prized assets
5 More than 40% of help-to-buy recipients already had deposit
6 Regeneron says its antibody cocktail prevents and treats Covid-19 in animals
7 Most workers now expect choice to work from home part-time
8 Cinema tensions laid bare by deep crack in theatrical release windows
9 Help-to-Buy bonus; a taste for working from home; and two landmark deals
10 Irish factory activity rebounds in July from lockdown lows
Real news has value SUBSCRIBE
Save money on international transfers