Stocktake: A golden cross for stocks 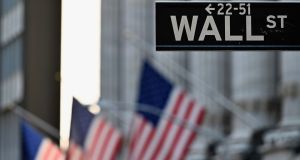 The S&P 500 completed a so-called golden cross last week, with its 50-day moving average crossing above its longer-term 200-day average. Should investors care?

Technicians view such moves as confirmation of a change in market trend.

That said, the golden cross has a strong record in recent decades, with intermediate-term returns tending to be better than normal.

That aside, investors must surely be relieved such a conversation is even taking place; after markets collapsed in March, you’d have gotten very long odds that stocks would again be marching higher within such a short space of time.

1 Google tells workers to return to country where they are employed
2 Sean Quinn stunned at rebranding of Quinn Industrial Holdings
3 Probate is changing: What does that mean for you?
4 Will tracker mortgage be at risk if Ulster Bank closes?
5 Three Ireland switches on 5G network around the country
6 Whistleblower warned EY of Wirecard fraud four years before collapse
7 Dublin Bus needs extra funding and more efficient routes to overhaul its image
8 Subway bread too sweet for zero rating on VAT
9 New car prices could rise by up to €10,000 if taxes increase in budget
10 State 'should bail out’ troubled homeowners with mortgage assistance payment
Real news has value SUBSCRIBE
Save money on international transfers