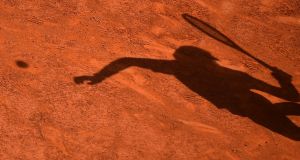 The laurels did not go to the flashiest players; they went to those pension funds who charged – and paid – the lowest fees. Photograph: Getty Images

Nearly half a century ago, Charles Ellis, a well-known US investment consultant, wrote an influential paper likening the money management business to a game of tennis.

Just as amateur players tended to win matches not by hitting brilliant passing shots, but by keeping the ball in play and thus capitalising on their opponents’ errors, he noted that successful investment depended largely on making the fewest mistakes.

The laurels did not go to the flashiest players; they went to those who charged – and paid – the lowest fees.

There is more than a whiff of loser’s tactics about the way that pension funds and endowments have gone about investing in the past few decades.

Take two recent papers by Richard Ennis, a respected US investment consultant of more recent vintage. These look at their costly infatuation with so-called alternative asset classes and the opaque fees and expenses that come with them.

It looks like a textbook case of going unwisely for those winning shots.

US public pension funds have over the past three decades plunged deeply into alternatives such as private equity, venture capital and hedge funds. In 2019, they had 28 per cent of their assets in these products. For endowments, the figures were even more startling at 58 per cent.

Yet all that high-priced talent has done little for their performance.

Those same funds still managed to underperform index trackers by about 1 per cent annually since 2009; an outcome Mr Ennis attributes to all the extra alternative asset costs they are bearing.

As he amusingly points out, it’s as if they are donating 1 per cent of their assets annually to the fund management and brokerage industries for no benefit.

Spread across the US public pension sector’s roughly $3.6 trillion (€3.1 trillion) average assets under management over the period, those extra costs notionally compound up to more than $400 billion (€354 billion) since 2010. It’s questionable whether pensioners will see the joke.

Irish pension funds are not quite as heavily invested in alternatives.

The comparative figure for assets under management is about €143 billion in 2018, a figure that had risen sharply over the previous few years, though it was down on 2017. Of that, just over €26 billion – or about 18 per cent – was invested in alternatives, a share of assets that has been rising over recent years.

Using Mr Ennis’s assumption, the extra costs involved amount to €26 million for 2018. On figures available for the past five years, the annual “extra cost” is €17.25 million – or about €85 million since 2014 – under his scenario.

Mr Ennis also explodes the dubious argument that the funds are engaged in some form of shrewd diversification.

Alternative assets such as private equity and venture capital account for just 4 per cent of the investable universe. If you add hedge funds (which simply buy publicly traded stocks and bonds) it gets to about 6 per cent.

A diversified portfolio is, by definition, one that matches the spread of investable assets in the market. By putting 58 per cent of their chips on just a few squares on the investing roulette board – or about 20 per cent in the Irish case – endowments are not diversified. They are making a highly concentrated bet.

Of course, alternatives had a great run between 1994 and 2008, when their returns outpaced the market and fund managers such as Yale’s David Swensen acquired Roger Federer-like status for piling into buyouts and venture deals. Yet there are always interludes, as Charles Ellis acknowledged in his 1975 paper, when perceived skill and opportunity might drive outcomes.

The snag? These rarely last because they “attract too much attention and too many players”.

That certainly sums up the postscript to the “Golden Age” of alternatives. Between 1997 and 2018, hedge fund assets multiplied 27-fold. And over the 1994 to 2019 period, private equity funds increased in size no fewer than 37 times.

The real concern of course, is why pension funds don’t seem able to kick the habit. More efficient pricing means they receive closer to market returns on which they then must pay a multiple of market average fees. Underperformance becomes a mathematical certainty.

Mr Ennis attributes their flogging of the alternative horse to an unusual agency problem. For once, there are few perverse financial incentives: trustees, for instance, are unpaid, while the chief investment officers of public schemes are relatively modestly remunerated (endowments are rather different: Harvard, for instance, pays its chief investment officer nearly $10 million/€8.8 million).

Rather it’s that these people want to have an interesting life. It is simply more fun hobnobbing with private equity chieftains in five-star hotels than it is just sticking the money into tracker funds. Who knew?

The bigger question is why beneficiaries should be financing this entertainment – whether they are pensioners or students whose tuition fees might be lower were the college endowment to pay out fewer fees.

Current regulation treats pension funds as sophisticated investors, capable of entering into complex contracts where the money flows are not transparent. This leaves a good deal of discretion when it comes to what they disclose publicly about what they are doing.

As Mr Ennis points out, many funds benchmark against self devised, uninvestable benchmarks such as “consumer price inflation plus 3 per cent”, whose main virtue (to them) is that they are always beaten.

The only way to change this dynamic is to admit some sunlight. Regulators need to pull back the veil on these arrangements so that beneficiaries and the wider public can see the action.

Only then can they know whether pension funds are playing carefully, or striving wastefully to make every service an ace.