State pension ‘not a given’ for young workers – Chartered Accountants 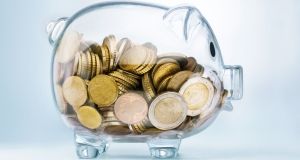 The Government debated legislation to ensure the state pension age remains at 66 until the Pensions Commission concludes. Photograph: iStock

Young workers can no longer take it as a “given” that they will receive a state pension, Ireland’s chartered accountants have said.

The warning comes as the Government this week debated legislation to ensure that the state pension age remains at 66 until the work of the Pensions Commission concludes, which is expected by the end of June 2021.

The group representing Ireland’s accountants said the debate over the age at which people get their pension ignores the bigger issue – that it may not be possible to pay a pension at all for some people in years to come.

It notes that the budgetary watchdog, the Irish Fiscal Advisory Council advised last week that it will cost the State an additional €370 million a year to provide for new state and public sector pensions between 2021 and 2025.

“The figures are already failing to add up, in that the numbers of workers to support those retired is on a downward trajectory, and this needs to be addressed in a sustainable way in 2021,” said Cróna Clohisey, Chartered Accountants Ireland’s public policy lead.

She added that delay in addressing the issues around state pensions would make funding such payments even more difficult.

“A long-term, consistent approach is needed from Government, one that will be adhered to and from which we will start to see a sustainable system of retirement planning emerge in Ireland.

“Workers planning or approaching their retirement need reassurance and greater certainty on this issue so that they can plan adequately and responsibly,” she said.