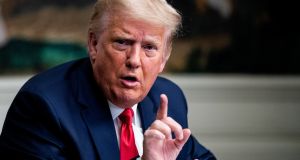 Donald Trump’s warning that a Joe Biden election victory would catalyse a “stock market collapse the likes of which you never had” hasn’t quite panned out. Instead, the S&P 500 has enjoyed its second-best post-election performance in history.

Bizarrely, Trump continues claiming the credit for market gains, boasting last week that the Dow Jones Industrial Average had just broken the “sacred” 30,000 level, something “nobody thought they’d ever see”.

Dow 30,000 has a nice ring to it but there’s nothing “sacred” about it. As for the idea nobody ever envisaged such levels, he must have forgotten about his former senior economic advisor Kevin Hassett, co-author of the infamous Dow 36,000 book published during dotcom mania in 1999. The simple reality is markets rise over time so the Dow will eventually cross 40,000, 50,000, 100,000 and so on.

Ironically, Trump underestimated his market numbers when he said this was the 48th time market records were broken during his administration. According to LPL Research’s Ryan Detrick, the Dow has hit 118 new highs under Trump.

What about Trump’s claim that there has “never been anything like that”? Wrong again – many presidents have seen higher numbers, including Barack Obama (122 in his second term) and Bill Clinton (263 over his two terms).

Of course, stocks didn’t make a single new high during the 12-year reign of Franklin D Roosevelt, widely regarded as one of the United States’ greatest presidents.

That’s the problem with fact-checking Trump’s infantile boasts – it obscures the fact that presidents shouldn’t actually be judged by stock-market performance.