Lending to family can prove to be a tricky business

Q&A: I’m really worried I’ve to pay a heavy tax on the loan from my brother in the US 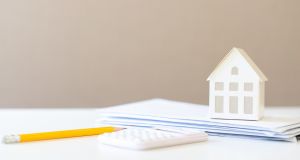 There are rules about giving money to family members. And the impact is different obviously, depending on whether it is a loan or a gift. Photograph: iStock

I’m getting a loan (which I have to give him back whenever I can) from my brother who lives in the US. It’s towards my new home, for which I’m €55,000 short after my mortgage.

He was sending me this money in small amounts of €2,000-€3,000 through wire transfers. But after reaching an amount of €30,000, it stopped, showing a reason of limit reached.

It was then I looked up the internet and came through your article and others, about capital gain tax and interest free loan tax. I was of the impression that there’s no tax on gifts or interest free loan from brother or relatives.

I’m a non-Irish non-EU living in Ireland for the last four years, and I don’t know much about Irish tax.

And after reading all the articles, I’m really worried that I have to pay a heavy tax on the loan that I’m getting from my brother. I read your article in The Irish Times but it was three years old: is your article still relevant in my case and current time?

In the real world, families lend to and borrow from each other regularly. It’s in the nature of families helping each other out. These are transactions based on trust, not commercial risk assessment. No one is looking to profit from the exercise, just ensure that they are not out of pocket – unless, of course, they mean it as a gift.

My guess is that, in almost all cases, it never even crosses people’s minds that they might be getting themselves into a potential tangle with the Revenue Commissioners. But there are rules about giving money to family members. And the impact is different obviously, depending on whether it is a loan or a gift.

But just to say, from the outset, you are not correct that there is no tax on gifts or interest free loans from relatives.

First up, I should address the one issue that has me slightly at sea – the sudden halt to the regular payments being sent through to you by your brother to augment your mortgage.

I’m slightly confused. You state that after €30,000 had been transferred, the money stopped coming with a message that a limit had been reached. Was that a message you received or was it sent to your brother in the US by his bank?

My initial thought was that the regular and not insubstantial transfers might have raised a flag with European money laundering legislation. But, if that were the case, I would expect the either the US or EU authorities – or both – would have sought reassurance from your brother and yourself about the validity of the transfers and this did not happen from what you say.

My best guess is that your brother has inadvertently come up against a limit imposed in the US banking system and that the problem is not the aggregate amount that he has sent you but the number of separate transactions.

There is something in the US system called Regulation D. This is a set of rules laid down by the Federal Reserve to ensure banks have enough cash to meet customers’ need – ie to ensure there’s not a run on the bank.

Regulation D appears, more formally, to be of Title 12, Chapter II, subchapter A, Part 204 of the United States Code of Federal Regulations. These are the structure of rules regarding banks and banking in the United States.

The practical impact of this on your brother is that it appears there is a limit to the number of electronic transfers from certain types of accounts within certain periods – a statement cycle or a month. If you exceed this limit, you can be charged a fee or the transfers might simply stop, from what I understand – and I’m definitely no expert on Federal Reserve’s more arcane retail banking rules.

It seems to me your brother needs to clarify the position with his lender and then adjust the timing or size of any transfers to make sure they comply with the rules.

Back to the more mundane issues – the tax implications of any such borrowings.

If it’s a gift, it is straightforward enough from your perspective. As an Irish taxpayer – which is what you certainly are after being here for four years – you are limited to receiving gifts or inheritances from a close relative (a brother/sister, aunt/uncle or grandparent) of €32,500.

On anything above that, you will be taxed at 33 per cent. So, on €50,000 – assuming you’ve received no gifts or inheritances from anyone else in this category – you would face a tax bill of €5,775.

Now, if it’s a loan, tax liability works differently. Again there are rules about what does and does not constitute a loan.

So how much interest must be charged? I used to think it was the market rate but I gather from Revenue that the issue (for you) is how much your brother could have secured on that same money on deposit in Ireland. That is an amount they must charge under a family loan.

Either you can pay this money to your brother or he could “gift” that amount to you each year. In Irish terms, it would come under the small gift exemption of up to €3,000 a year, so it would mean you do not have to pay any interest, or tax. I’m not sure what implications it might have for your brother in the US, though I think he would have no tax issues on any gift below $15,000.

For what it is worth, there are ways that your brother can that might make it more tax efficient for him, especially should you find yourself unable to repay.

Apparently, as a loan loss, it can be written off as a capital loss, which he could use to offset capital gains. However, with written evidence that it is a loan, the US Inland Revenue Service might well presume it is simply a gift and any loss would not be claimable against tax.

For what it is worth, he will also need to be charging what is called the Applicable Federal Rate of interest on the loan if he doesn’t want potentially unwelcome tax side effects at his end.

Just one more good reason to have these things noted down on paper. It protects everyone and ensures there are no confusions – everyone is clear form the outset about the purpose of the transaction.

Ultimately, the good news for you is that while there are tax rules, in this case it appears you are unlikely either to have to pay actual interest or face a tax bill. And, if I am right, there should be no trouble restarting the payments to you from the US.