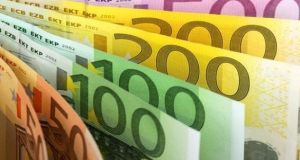 Savers sought out the security and potential returns offered by prize bonds as the Covid-19 pandemic hit, with new figures indicating that almost twice as much money was allocated to the products in the first six months of the year than in the same period in 2019.

This pushed the total prize bond fund up to a record high.

According to the National Treasury Management Agency, which oversees the Government’s portfolio of state savings, some €230 million was put into prize bonds in the first half of the year, compared with €120 million in 2019, an increase of almost 92 per cent.

The increase in sales pushed the value of the fund up to a record high of €3.9 billion, up by 6.7 per cent on end 2019. This is the highest level ever reached in the history of the scheme, which was established in 1957.

The value of the fund is important as the prizes that can be won depends both on this, as well as the interest rate on offer.

Since 2017, the variable percentage rate used to calculate the prize fund is set at 0.5 per cent of the total value of prize bonds outstanding. And as the size of the fund has risen, so too has the value of prizes on offer.

As of June 30th, some €3.9 billion was outstanding in prize bonds, indicating that about €19.5 million will be paid out in prizes.

However, at a time when bank deposits are trending to zero, prize bonds, with the possibility of winning as much as a €1 million, can look attractive, even if many who have prize bonds will end up winning nothing.

The flow of money into prize bonds comes against a background of rising household savings. Constrained by a lack of spending opportunities due the pandemic, as well as fearful of the economic outlook , Irish households are saving record amounts.

Figures from the Central Bank show that households placed almost €11 billion on deposit in the first nine months of the year, pushing overall savings up to a record high of €121 billion.