Research finds most defined-contribution schemes not ready for auto-enrolment 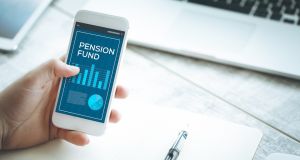 Workers are “leaving free money on the table” by not signing up to their employers’ retirement schemes, according to pensions adviser Aon.

A survey published by Aon on Wednesday shows that most defined-contribution pension schemes are not ready for plans to automatically enrol workers in pension schemes , or other proposed legal changes to retirement plans.

The research shows that more than a quarter of workers are not yet members of their employers’ pension schemes, according to Rachael Ingle, chief executive of Aon Solutions.

As many workers were not paying the maximum contribution into their organisations’ pension fund, she noted, meaning their employers’ contribution to the scheme was also lower.

“Both groups are leaving free money from their employer on the table,” she said.

“It is worrying to find that 25 per cent of people who are eligible for membership of their company’s pension scheme have not joined,” Ms Ingle said. “This can only mean that they do not understand the potential consequences of failing to plan for their longer-term future financial wellbeing.”

“Ireland is fortunate in that we have a young but ageing population, which means there is still time to address the accelerating pension time bomb, but only if we act quickly,” she added.

Legislation requires employers to auto-enrol staff in pension schemes by 2022, while the Government is also due to enact the EU’s second Institutions for Occupational Retirement Plans (IORP II) directive into Irish law.

Aon’s report indicates that six out of 10 defined-contribution pension schemes – where the returns are not tied to a worker’s earnings – are not ready for auto-enrolment.

The firm says its study of employers and trustees responsible for 120 defined-contribution schemes, covering 117,000 staff and holding almost €5 billion in assets, shows many businesses taking a “wait and see” approach to pending legal changes.

Ms Ingle argued that the findings highlighted several issues that could develop into problems for the Republic in the years ahead if they were not addressed.

“To counteract the evolving challenges developing, among other things we are calling on employers and trustees to work together to plan for auto-enrolment prior to the regulatory deadline,” she said.

New rules are adding to compliance costs, creating a challenge for pensions firms and trustees. These include the General Data Protection Regulation, IORP II, and requirements to keep a risk register.

Aon found that 60 per cent of trustees now use a risk register, three times more than in its last survey in 2016.

The increased focus on governance and monitoring has boosted the number of trustee boards that monitor their performance. Almost three-quarters of them now do so, compared with 53 per cent four years ago.

The survey shows that 88 per cent of the schemes that took part have a normal retirement age of 65, while the State’s pension age is now 66, and is due to be 68 from 2028.

Ms Ingle stressed that as the impact of Covid-19 on savings and investments became clear, it would be critical for employers, trustees and workers to plan for the future.

1 Ryanair and Eir the worst for customer service during Covid crisis
2 Fair deal? Family at odds with hospital and each other not so sure
3 ‘Essential’ retailers risk a firestorm if they exploit the closure of the ‘non-essential’
4 What to consider if older person or loved one needs care at home
5 Glenveagh attracts growing hedge-fund interest
6 PlanNet21 eyes further acquisitions after buying rival eCom
7 INM inspectors write to former directors in ‘inside information’ inquiry
8 Level 5 restrictions risk pushing economy into double-dip recession
9 Tinnitus group Neuromod raises €10.5m for expansion
10 Streaming services set for Christmas battle after drama-filled year
Real news has value SUBSCRIBE
Save money on international transfers