Executives who cheat on their spouses also cheat in the workplace, paper claims 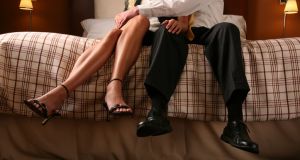 Executives who were members of extramarital affairs website Ashley Madison were much more likely to work at companies that restated earnings, research shows.

When it comes to extramarital affairs and workplace performance, there are two schools of thought. The first is that a person’s private life is irrelevant; the second is that executives who cheat on their spouses may also cheat in the workplace.

The latter is the case. That’s according to a new paper, Executive Dishonesty and Accounting Irregularities, which uses data from Ashley Madison, an extramarital affairs website that was hacked in 2015, exposing the names of its users.

Executives who were members were much more likely to work at companies that restated earnings. This was especially true of chief executives; companies headed by affair-seeking types were 69 per cent more likely to restate earnings and also more likely to be sued for securities fraud.

Is this surprising? Not really – Ashley Madison membership arguably suggested a penchant not only for dishonesty, but for excessive risk-taking.

1 Irish elearning company LearnUpon closes €47.4 million investment
2 Aldi to impose limits as Christmas toys go on sale
3 Business owners: How will your business cope with Level 5?
4 Ryanair and Eir the worst for customer service during Covid crisis
5 What to consider if older person or loved one needs care at home
6 Fair deal? Family at odds with hospital and each other not so sure
7 ‘Essential’ retailers risk a firestorm if they exploit the closure of the ‘non-essential’
8 Central Bank finds litany of shortcomings in fund firms
9 Businesses call for more supports amid ‘devastating’ restrictions
10 Raag Hotels to invest €18m in new Irish property
Real news has value SUBSCRIBE
Save money on international transfers