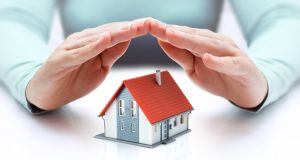 A number of home insurance providers, including Zurich, are currently offering multi-year insurance policies with cover available for up to three years. Photograph: iStockphoto

You’ve probably heard of multi-trip travel insurance, whereby one policy will cover you for a number of trips throughout a year. But what about multi-year insurance?

It’s a concept which has only recently been introduced into the Irish market, but, in a time of plummeting deposit rates, an argument could be made for paying several years of insurance in advance. After all, if you’re earning just 0.5 per cent on deposit, a better use of your money could be covering your insurance needs for the coming years, thereby avoiding some nasty price hikes.

So could it make sense to hedge against future price rises by locking into two- or three-year deals? Or might you end up wasting your money?

A number of home insurance providers, including Zurich, are currently offering multi-year insurance policies with cover available for up to three years.

Jonathan Hehir, managing director of insuremyhouse.ie, has noticed a “sharp rise” in people looking to lock in rates since the two and three-year products were launched in late 2015.

Unlike car insurance, which has rocketed of late, home insurance premiums have been more stable, on the back of more benign winters. The impact of winter floods has also lessened, if only because insurers have simply stopped offering insurance for those hit. This means there may be an opportunity now to lock into lower premiums.

You won’t pay more for cover by locking into rates now – the same rate is available whether it’s for one year or three years – and you will in fact get a small discount on a two or three-year policy as there will be no administration on the account during this period.

And, if you make a claim during the two- or three-year period, the cost of your policy won’t be affected.

“Homeowners would normally be hit with a not insignificant premium increase just months after the claim when they go to renew their policy,” says Hehir.

Another advantage of locking in rates is that it avoids the so-called trend of “review and renew drift”, where homeowners forget to shop around for new quotes when their policies are up and end up simply rolling over their policies. This can be an expensive practice – particularly if your existing provider has imposed a substantial price hike on the policy.

The big risk with such a product is that if you lock your money away now and prices fall further, you may end up paying more for your policy. And, locking away your money for a few years can also be a deterrent for some people.

As Hehir notes, “Longer-term policies are not for everyone. It really comes down to how you like to manage your finances. Some people are happy to review and renew on a more regular basis while other prefer the certainty of protecting themselves against any market fluctuations and budgeting accordingly”.

However, in an era of historically low interest rates, your money may be put to better use avoiding insurance price hikes than being left on deposit earning minimal amounts.

And it can be mitigated against by paying on a direct debit basis, with your payments spread out through the term of the policy. You will pay a charge for this, however, typically of the order of about 5 per cent on top of the premium, for paying this way. Insurance providers will also require a deposit, of about 5 per cent of the total premium, when taking out the policy. So a three-year policy priced at €1,200 would require a downpayment of €60, for example.

If your circumstances should change and you need to cancel your policy, you will be entitled to a refund on the same basis as a one-year policy – which could protect you against future price drops.

Be aware, however, that there may be restrictions on eligibility. Zurich, for example, will only offer its multi-year policy for “owner-occupied homes that are claims-free for the last three years”.

While it might be possible to get car insurance over several years, it’s unlikely that it might be a good option for drivers. Indeed, given the scale of price hikes in recent years, Hehir feels that “we’ve missed the boat on that one”.

Recent figures from the Central Statistics Office show that car owners paid 35.2 per cent more in May compared with the same month last year for their car insurance.

But with moves afoot in the Dáil to create a taskforce on the cost of car insurance, the expectation is that the cost might finally start to come down.

“It’s at the tipping point of being unaffordable,” notes Hehir.

No go for health insurance

Against a background of steadily rising health insurance premiums, locking in for the long-term could be a no-brainer, if only it were possible to do so.

Yes, this summer sees another raft of health insurance price hikes, with Laya set to send its premiums soaring with price increases of up to 22 per cent from July 1st. For example, the cost of the insurer’s Essential Plus (with excess) plan will jump from €1,928.19 to €2,119.

And it’s not the only insurer to do so. Aviva Health, which was recently acquired by Irish Life, changed a number of premiums from July 1st, while GloHealth (which was also acquired by Irish Life) had some changes which kicked in from June 30th, including its Better Plan Smart Cash plan, with the cost of an adult premium rising from €1,210 to €1,260. Vhi increased its prices by as much as 7 per cent back in May.

However, according to Dermot Goode of Total Health Cover, at the moment legislation only permits 12-month contracts.

“You’ll find that a lot of company schemes are asking insurance companies to lock in a rate for one or two years but right now it’s not possible,” he says.

And even if it was, it may not be sustainable.

Health insurance operates in a heavily politicised space, and, as Goode notes, health insurers might be unwilling to lock in rates when unforeseen inflationary forces – such as an increase in the health insurance levy – could push prices up significantly in the interim.

Something else which might preclude health insurers from allowing customers to lock in rates is the fact that, unlike car or home insurance, it is not risk rated. This means that if a health insurer cut a deal with a large multinational to give a good rate over three years, then every consumer in Ireland would be entitled to the exact same plan.

Take the long-term view on travel

While not quite the same as multi-year insurance, travel insurance providers have long been providing multi-trip options for those going on holiday more than once a year. Typically, they offer better value than getting travel cover each time – provided of course that you do end up travelling several times a year.

For example, a 45-year-old travelling for a week in Spain this summer, with their own private health insurance policy, could expect to pay €11.24 for premier cover for this trip via multitrip.com. If they also had a weekend in Paris plus another week in Italy planned, the total cost for travel insurance for these trips would come to more than €45, as a handling charge of €3.95 is applied each time.

If, on the other hand, they had opted for a multi-trip policy, they could have gotten cover for the year at a cost of €32.94.

Savings can be even greater for families opting for multi-trip policies, but remember: if you’re not going to travel much, keep it simple and don’t overpay – just get cover for a specific trip you will be taking.

Also bear in mind that if your teenager is travelling without you, they are not covered under the family policy.