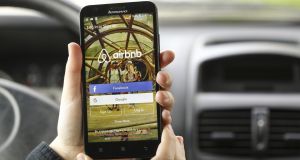 Landlords seeking to rent through traditional channels can expect to get around €2,000 per month for their property, compared with more than €7,000 through Airbnb, says Nested.

Dublin-based landlords looking to recoup their investment quickly could significantly cut the time it takes by opting to rent it through online services such as Airbnb, a new survey claims.

According to research by UK-based property firm Nested, it can take the owner of a three bedroom rental property in the capital city almost 25 years to recoup their initial outlay if they opt to rent it through traditional methods. However, using Airbnb for short term lets could bring that time down to seven years at the current market rates.

The survey based its findings on the cost of an average three bedroom house – over €590,000 in Dublin, according to Nested – and looked at rental income from both traditional means and Airbnb to see how long it would take to recoup the price of the property. Landlords seeking to rent through traditional channels can expect to get around €2,000 per month for their property, compared with more than €7,000 through Airbnb.

The 84-month turnaround puts Dublin in 24th position in terms of the speed of recovering the property price. Top of the list was Durban, South Africa, at 18 months through Airbnb, while Lagos, Nigeria, was the quickest through traditional means.

It compiled the data from a number of sources, including confirmed sales in the city records for three-bedroom properties within the city limits for the past six months, and data from the World Bank and the HSBC.

However, the Airbnb figures assume an 80 per cent rental capacity for the property to hit those time frames. Airbnb properties have typically been home-sharing rather than full-time lets.

There has also been a crackdown on Airbnb rentals in some cities, which could give prospective landlords trouble in the future, with some cities imposing hefty fines for breaches . The survey took into account some of the restrictions put in place on short term rentals such as Airbnb in certain cities, and reflected that in the number of months it would take to recover the property price.

In Dublin, Airbnb hit a hitch last year when An Bord Pleanála upheld a decision by Dublin City Council that an apartment in Temple Bar had been changed from residential use to short-term let, as it was a full-time Airbnb let. It found that change was not exempt from requiring planning permission.

“The rise of Airbnb is making it harder for renters to find properties as more landlords are preferring to rent to short term renters who pay a premium, but this is a great opportunity for those who have managed to fight their way onto the property ladder to make the most out of their property,” said Nested chief executive Matt Robinson.