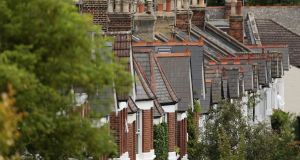 To qualify for the dwelling house exemption from inheritance tax, a person must be living in the property they are inheriting for three years before the property passes to them – and for six years thereafter. Photograph: Yui Mok/PA Wire

My late brother inherited a property from his sister. She died in 2003 and he in 2011. The property was my parents’ home since the 1950s, on rent from Dublin Corporation. My late sister bought the house from the corporation in 1990.

My late brother had moved out in 1994 due to disagreements with his sister. He moved into a rented apartment. However, he moved back into the property in mid-2001 – approximately six months short of the three-year tenancy rule, prior to inheriting the property from his sister under her will.

Does the fact that he was “renting” an apartment for this period affect his entitlement to the dwelling house exemption to CAT? They were both unmarried and both had no interest in any other property.

There have been major changes in this relief in 2007 and again this year but, as the events relating to your brother and sister date back to the early part of the century, it is the older, pre-2007 rules that apply.

The fact that your brother was renting an apartment would not preclude him from benefiting from the dwelling house exemption – which provides that people inheriting a property do not have to pay inheritance tax on it provided they meet certain rules. For the purposes of your late brother’s position, renting a property would not give him a beneficial interest in it, so that is not a problem.

However, I fear he fails to qualify on another ground – occupation.

The rules state that, to qualify, a person must be living in the property they are inheriting for three years before the property passes to them – and for six years thereafter.

Your brother may have lived with his sister in the early 1990s but he moved out in 1994 and only moved back in in mid-2001. His sister died in 2003, you say, around two-and-a-half years later. That means he is shy of the three-year residence requirement.

While there are exceptions for people who are cannot live in a property because of medical need – ie they are hospitalised – or because they are obliged to live elsewhere for a period due to their employment, simply moving out due to a family dispute and living elsewhere for seven years is unlikely to prove acceptable to Revenue.

I think your brother’s inheritance will not qualify for the relief. He was entitled to inherit (or receive gifts) to the value of €44,120 from siblings in 2003 but this was a cumulative figure and would involve any gift (over €3,000) or inheritance he had received from a “linear relative” – brothers, sisters, aunt, uncles, nephews, nieces and grandchildren – since December 5th, 1991. Anything over that would be subject to capital acquisitions tax at the rate prevailing in 2003, which was 20 per cent.