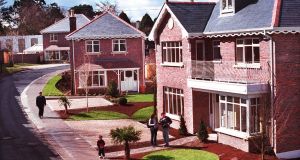 Just wondering if a piece you wrote last week on the issue of new rules covering dwelling house relief and inheritance tax are correct when you say that “the person inheriting will have to have lived with the person giving them the home for at least three years . . .” I can’t find the “to have lived with” requirement in the Finance Act. Have I missed something?

The 2016 Finance Act, which passed into law on Christmas Day, essentially rewrites the rules governing dwelling house relief. The relief, granted under section 86 of the Capital Acquisitions Tax Consolidated Act 2003, means that people are exempt from paying capital acquisitions tax on property that was gifted to or inherited by them.

However, there was growing concern that the provision was being widely abused by wealthy families for tax planning purposes where the original intention of the measure was to ensure that upon a homeowner’s death, a relative who had cared for them and who had no other home would not be forced to sell – and potentially find themselves homeless – simply to meet an inheritance tax bill.

It might seem far-fetched but I remember before the provision was first introduced where people found themselves in precisely this situation and it was deeply distressing.

That the measure became so widely abused is hardly a surprise as successive governments loosened the rules in a manner designed specifically to encourage this.

Where it originally applied only to elderly siblings who had lived with the homeowner for five years before their death, the measure was broadened so that, by 2000, the beneficiary no longer needed even to be related to the donor.

And the property concerned no longer had to be the donor’s own home – or, in Revenue parlance, principal private residence. So, in effect, the donor could have multiple properties from which several people could benefit under the relief. Furthermore, property could now be gifted rather than inherited, so no-one had to wait for the homeowner to die.

Finally, previous financial limits on the amount of the relief were done away with so that even very valuable property could be handed over with no tax liability.

This was the Celtic Tiger in full swing and then minister Charlie McCreevy in his pomp. It was all, clearly, a very long way from the original intention of alleviating genuine hardship for carers or close relatives.

The new rules mark an effort to return to the original purpose of the relief and, importantly, put a stop to any perceived abuse. It is part of an ongoing campaign by Revenue to clampdown on the use of the inheritance tax code by wealthy families to effectively support independent adult children while avoiding tax.

The rewritten section 86 importantly returns to dwelling house relief being permitted only in cases of inheritance. The one circumstance where a property may be gifted under the new rules is to a dependent linear relative – ie someone unable to care for themselves due to mental of physical infirmity, or who is over 65.

The idea of multiple properties being able to avail of the relief is also done away with. Subsection 2 (a) of the new section 86 states that a “relevant dwelling house” is one that was occupied by the donor, known more formally as the disponer, “as his or her only or main residence at the date of his or her death”.

Turning to your specific point, subsection 2 (b) states that the property was “continuously occupied” by the beneficiary of the relief – the “successor” in the wording of the Act – throughout the three years preceding the inheritance and has no entitlement at that time to any other property.

Taken together, the parts of subsection 2 indicate that both the owner of the property and the person who will inherit and avail of the relief need to occupy the property – ie be living in it.

I should mention that subsection 3 of the new section 86 does allow for the fact that either the person bequeathing the property or the beneficiary might be hospitalised for part of the timeframe set down in the act. Such gaps don’t invalidate the relief.