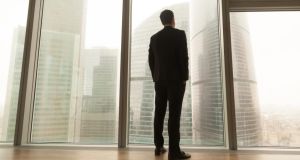 Sunny weather fosters a sunny mood, so this summer’s unexpectedly fine weather has no doubt boosted people’s spirits. New research suggests it may even have made stock markets a little happier.

It’s no joke. Research has long shown that investors are influenced by what Nobel economist Richard Thaler describes as Sifs – supposedly irrelevant factors – and two new studies suggest that the weather is one of them. In fact, all kinds of factors that can potentially boost or depress people’s moods may impact on stock markets, according to a new paper by University of California behavioural finance expert Prof David Hirshleifer.

Some stocks routinely do poorly at certain times of the year, says Hirshleifer. These periods include when the days are getting shorter in September and October; on Mondays, when everyone’s down in the dumps after going back to work; when the clocks go back and everyone is a bit cranky after having their sleep disrupted; and on especially cloudy days.

The same stocks outperform at other times of the year – when the clocks go forward; when the days are getting longer in March and when recovery rates from seasonal affective disorder are at their highest; prior to major holidays; and on sunny days and on Fridays.

Financial professionals often refer to a stock’s beta – a measure designating how sensitive a stock is to the movements of the overall market. Hirshleifer suggests that investors also focus on a stock’s “mood beta” – that is, how sensitive an individual stock is to seasonal mood shifts, stocks that move in line with people’s moods, even if those moods have nothing to do with financial fundamentals.

Hard-to-value stocks and industries, as well as stocks sensitive to high or low investor sentiment, fall into this category, whereas easy-to-value assets and those less sensitive to investor sentiment are less likely to be influenced. This mood-based strategy – that is, buy a portfolio of ‘moody’ stocks when the collective mood is upbeat and bet against the same stocks when the mood is downbeat – comfortably beat the market, notes Hirshleifer.

One might think these market mispricings are being driven by emotional retail investors, but institutional investors are just as likely to let their weather-induced mood affect their financial decisions. That’s according to the authors of another new paper, Weather, Institutional Investors, and Earnings News, which examined the weather conditions in locations where a firm’s major institutional investors resided.

Not all professional investors appear to be guilty of letting their emotions interfere with their investing. The study found that lousy weather doesn’t appear to impact New York-based institutional investors. One explanation, the researchers suggest, is that money managers based outside New York may tend to be less “sophisticated and devoted” than their New York brethren.

Consistent with this theory, they found that institutional investors located near the top five hedge funds respond appropriately to earnings news in periods of bad weather; in contrast, those outside the hedge funds centres let the weather influence their investing.

They were also less likely to issue buy or sell recommendations, target price recommendations or annual earnings forecasts. Markets are partly reliant on fresh commentary from analysts, so this slow transmission of information ultimately affects stock prices, which the researchers say are slower to respond to earnings reports on days when the weather is bad.

Not all researchers agree that the weather and the seasons affect investor activity, but a growing body of literature suggests this may well be the case. Yale finance professor William Goetzmann, using data from investor surveys carried out by Nobel economist Robert Shiller, has found that investors give more optimistic responses on sunny days. Bid-ask spreads increase on windy days, according to one paper, appropriately titled Gone With the Wind.

International stock markets have lower returns when the clocks go back, according to Prof Mark Kamstra, who has also argued that stock prices are influenced by investors suffering from seasonal affective disorder (SAD). Older research from David Hirshleifer found that stock returns were worse on cloudy days in 25 of 26 countries during the 1980s and 1990s.

More recent analysis conducted by separate researchers found that five weather variables – sunshine, wind, rain, snow and temperature – had “strong effects” on stock returns in 49 countries over the 1973-2002 period. The “systematic” nature of these patterns indicates “the emotional effects of the weather are stronger and more pervasive than previously documented”, they concluded.

Rather, the lesson for investors is to remember that we are, as Richard Thaler says, influenced by a whole raft of supposedly irrelevant factors. Many things – even the weather – can affect our moods and our moods can influence our financial decisions.

Obviously, then, it makes sense to pay close attention to one’s mood before making any kind of investing decision, but that’s not always as easy as it might seem. The key lesson of behavioural finance is that, all too often, our choices are driven by emotions rather than rational analysis.

As behavioural finance pioneer Hersh Shefrin puts it: “We like to think that we are thinking, when often we are just really feeling. That goes on all of the time in the investment business.”