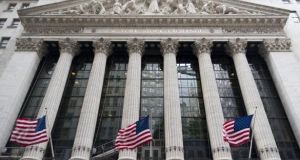 Value investing: has the strategy outlived its usefulness due to structural market changes? Photograph: Getty Images

Neil Woodford has often been described as Britain’s answer to Warren Buffett but his investors, disillusioned after years of disappointing returns, are deserting him. Multiple factors have contributed to Woodford’s woes but the main one is that the investment approach upon which he built his reputation hasn’t worked for some time now, prompting a growing number of commentators to ask: is value investing dead?

Value investing – essentially, buying cheaper stocks and steering clear of fashionable but pricey growth stocks – is an age-old strategy that has handsomely rewarded investors in the past. But things haven’t worked out in recent years. Unhappy investors have pulled money from Woodford for 21 consecutive months, causing the value of his main fund to more than halve from a peak of £10.2 billion (€11.8 billion) to £4.5 billion (€5.2 billion).

But he remains defiant. In a recent Financial Times interview, Woodford pointed out he had experienced dire spells in the past, one of which almost resulted in his firing during his career at Invesco Perpetual, but the tide eventually turned and his patience was rewarded. His departing investors had made “appallingly bad decisions”, he protested, and would miss a “spectacular” rebound in the next two years as his “valuation-focused” approach finally comes good.

Woodford’s “frustration” with clients who say “nah, we want our money back now because we’d much rather be investing in these things that have gone up”, is doubtless shared by other value managers. Assets under management at Greenlight Capital, headed by high-profile hedge fund manager and value investor David Einhorn, plunged from $12 billion (€10.6 billion) in 2014 to $5.5 billion (€4.9 billion) in mid-2018.

And it’s likely the pace of fund redemptions hasn’t slowed down – Einhorn’s main fund lost 34 per cent of its value in 2018, its worst year on record. Contrarian value investor and GMO founder Jeremy Grantham has often bemoaned how assets under management (AUM) in the firm almost halved during its dry spell in the late 1990, with several clients banning the firm from its buildings. It seems recent years have been similarly trying, with assets under management falling from $124 billion (€110 billion) in 2014 to some $70 billion (€62 billion) today.

Long periods of underperformance are par for the course with value investing, but the length of the current period means value managers are now almost extinct, said Steve Magill of UBS Asset Management recently.

Historically, the approach has been a winning one – one valuation metric suggests value stocks beat growth stocks by four percentage points a year between 1926 and 2008, outperforming in 90 per cent of 10-year periods – but growth stocks are currently enjoying their longest rally on record, having been the place to be ever since global stock markets bottomed out in early 2009.

Using price-book ratios as a measure of valuation, the last decade has been the worst in history for value stocks, according to US fund management company Wisdom Tree.

So is the game up for value investing? Has the strategy outlived its usefulness due to structural market changes? Or is this decade-long drought, long as it is, driven solely by specific but temporary factors?

Many argue the key driver has been the rock-bottom interest rates that have prevailed over the last decade. Near-zero interest rates have hurt the rate-sensitive financial sector, a key component of value indices. In contrast, growth indices have been lifted by the outperformance of technology stocks.

The four largest companies in the world are all technology stocks (Microsoft, Apple, Amazon and Alphabet/Google), with Facebook, Alibaba and Tencent also making the top 10 list.

The appetite for growth can be particularly seen by the extraordinary faith investors have placed in Amazon. The company has made just $20 billion (€17.7 billion) in cumulative net income since debuting on the stock market in 1997, Pension Partners’ Charlie Bilello noted recently. Apple made the same number in the last quarter alone, but the two companies have equivalent market capitalisations.

Is a turnaround in sight? Not necessarily. Value stocks outperformed when stock markets turned south last October but the growth rally has since resumed. Not only that, strong disruptive forces mean seemingly undervalued industries like carmakers and utilities may well be a “value trap”, Credit Suisse analysts warned recently.

The sentiment that cheap stocks have been cheap for a reason has prevailed over the last decade and that may well continue to be the case in 2019. Sceptics go further, saying value investing may be dead rather than dormant. As far back as 1976, the father of value investing, Benjamin Graham, conceded he was “no longer an advocate” of elaborate stock-picking methods, saying it had once been a “rewarding activity” but that markets were becoming too efficient for such approaches to prosper.

In 2017, Grantham admitted certain valuation tools that had worked in the past may no longer be relevant in today’s world, with seemingly elevated valuations now potentially justified by structural forces driving high profit margins. Accounting changes mean the aforementioned price-book ratio is no longer a good guide to what’s cheap and what’s not, according to Wisdom Tree.

It’s often suggested value investing may have become too popular for its own good. Strategies can lose their effectiveness when they become widely known, the argument goes, and the proliferation of smart-beta funds – rules-based funds that screen stocks according to measures such as price-earnings ratios, dividend yields and so on – may have sounded the death knell for value investing.

However, “the problem with that argument in the current environment is the lack of evidence for it”, scoffed hedge fund manager and quantitative investor Cliff Asness in a 23-page letter last September. If too many investors had followed value strategies over the last five to 10 years, said Asness, then you’d expect to see strong returns over this period followed by a “desultory future”.

However, returns have been poor. “If value had been arbitraged away”, asked Asness, “where were the windfall profits?” A recent study came to the same conclusion. Although it’s well known that certain investment factors such as valuation and momentum have historically been associated with outperformance, it found managed funds “do not exploit” these factors and “do not systematically” hold such stocks.

If value investing had become too well known, then the spread between cheap and expensive stocks would be much narrower than it was in the past, but valuation spreads in the US “are close to all-time wide levels compared to the past 70 years” and are “also wide in other regions”, according to a Sanford Bernstein note last month.

The simple reality is value investing can be a painful business. According to US investment adviser Larry Swedroe, value has historically underperformed in 37 per cent of years. Even over five- and 10-year periods, it has failed 22 and 14 per cent of the time, respectively.

Most investors “think that three years is a long time, five years a very long time, and 10 years an eternity”, says Swedroe, but the simple reality is “all risky assets go through long periods of poor performance”.

The same point is made by Asness: a decade of underperformance might seem long but “a statistician would not be particularly worried” and the long drought “should change no minds”.

In other words, it’s premature to say value investing is dead. Timing any turnaround is an impossible task, but the data suggests it will come – eventually.

1 US ‘hard seltzer’ drink White Claw launches in Ireland
2 Citigroup warns that markets are out of step with reality
3 Chris Johns: Past is another country when it comes to our post-pandemic future
4 ‘I’m so lucky to be in the Caribbean – a million miles from Derry Girls’
5 Should my mam wait for house prices to drop before buying?
6 Joint accounts: if one of us dies, can the other access the money?
7 ‘The recovery needs to be a full-scale economic renewal’
8 Minister calls on EU to act against tobacco firms ‘undermining’ menthol ban in Ireland
9 How to . . . move (almost) everything to your new phone
10 Roche Holding develops antibody test for Covid-19
Real news has value SUBSCRIBE
Save money on international transfers