Generation X: Born at the wrong time, an entire generation struggles to survive

Those born between 1965-1984 were hit by negative equity, austerity 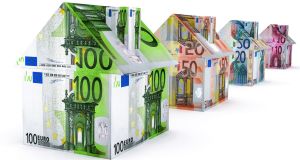 Does any of this sound familiar? You bought your first apartment with a 100 per cent mortgage, and an extra bit thrown in to cover the cost of furnishing it. You may even have flirted with an investment property on the continent. A year or two later the bubble burst and you were mired in negative equity. Maybe you lost your job and moved abroad to find work; maybe you stayed here and struggled with successive pay cuts.

Oh and at the same time rents have soared to record highs, while the cost of childcare and swingeing tax cuts have hammered any disposable income Generation Xers may have tried to lay claim to.

Every generation has it hard, but those who were born in the 1970s and the early 1980s, the so-called “negative equity generation”, are faced with a particular set of challenges.

“They have been burned very badly on all sides; their career has been stunted, their house growth has been stunted,” says Eoin McGee, of Prosperous Financial Services in Kildare, summing up their experience as “the great expectations they had, and the knock they took”.

“People were coming of age and starting to earn at a time when credit was thrown at them no problem,” he recalls. Typically, these people could then have started to see their earnings advance to cover their debts, but these stagnated, and in some cases actually fell.

Financial adviser Nicholas Charalambous, of Alpha Wealth in Cork and, at 43, a Gen Xer himself, says the main issue facing his generation is that they didn’t put enough money away during the good times.

We were in a spend culture . . .when the bust came, it came at the worst possible time

“They were (in general) in their 20s early 30s and we were in a spend culture,” he recalls. So, when the bust came, it came at the worst possible time, because it was the time when most of them should have been making serious provision for their retirement years.

But it’s not all “gen-Xers” who fall into this categorisation. Those born in the late 1960s, early 1970s, who are now aged between about 45-55, and who would have been pushing 40 at the height of the boom, may have had a better experience. They would have likely bought a house in the late 1990s, when property prices though accelerating dramatically still had plenty to do to reach their peak and they therefore benefited greatly from subsequent price appreciation – even when prices collapsed after the crash.

Compared to today’s generation of first-time buyers, many more Gen Xers bought a property in their late twenties/early thirties. The 2006 Census, for example, shows that, after the age of 28, owning a home was more common than renting; the latest census shows that, now, most people rent up to the age of 35.

However many bought family unfriendly apartments or in locations far away from friends and family in an ever-expanding “commuter belt”, and likely now wished they didn’t.

When the bottom finally fell out of the property market, a generation of buyers found themselves unable to trade up even though prices were suddenly more affordable, because they were still mired in negative equity.

It also created a generation of accidental landlords, as people rented out their own property, and rented another property for their family. This has led to a marked shift in Irish society; middle class areas in the capital are now awash with middle class renters, unable to offload their property bought during the boom, which is either too small or too far away from their chosen school, so they have opted to rent a property nearby instead.

Even now, almost 10 years on, they are still struggling to trade up.

Stuck in the middle

Yes, the negative equity issue has eased. About 100,000 mortgages are still underwater according to Central Bank data, but that is down from a peak of 318,000 in 2012. Still, a significant number of people clearly continue to owe more than their property is worth.

Moreover, all the incentives to buy a property are typically directed at a younger generation.

And the situation is even worse for those who moved abroad as the downturn gripped, and are now looking to return home. They will need to put up a deposit of as much as 40 per cent of the purchase price. Their millennial counterparts on the other hand have to save just 5 per cent under Help-to-Buy when they buy a new home.

And as McGee notes, for second-time buyers, “the bank of mam and dad has already been tapped”.

Banks are starting to lend and listen

While Charalambous concedes that there is not a simple solution, he would encourage people to be active and “not shy away from trying to help themselves”.

“Banks are starting to lend and listen,” he says.

Also of concern is the fact that, like everyone, this generation is aging. This means the likelihood of owning a family home is also dwindling with time. With most banks refusing to lend to people aged 65 or over, a 45-year old may only be able to borrow over 20 years. And the shorter the term, the heftier the repayments. So with each passing year, so too does the term of a possible mortgage decline.

“Unless their earnings dramatically increase, could they afford it on a 15-year mortgage?” asks McGee.

“And the big, big ask is that the property won’t dramatically fall again in 25 years time. That’s the fear,” says McGee.

At the same time as the bubble burst, Generation Xers found their income depleted by the impact of successive budgetary measures.

Consider a couple earning a combined income of €120,000. Back in 2008 before the first austerity budget, they would have had €7,269 in after-tax income to spend every month. Now, almost 10 years later, they’re still bringing home less than they used to, at just €6,883 a month. And this is despite cuts in taxes such as USC in recent years. Coupled with this are additional expenses such as property tax.

Throw in a few pay cuts on top of this, and you can quickly see why people are struggling.

Figures from the Central Statistics Office show that while the average disposable income of their parents, the over-65s, has actually increased by 3 per cent to €31,016 between 2008 and 2015, those in the 18-64 age group (the CSO does not drill down any deeper) saw their disposable incomes fall by 10 per cent over the same period, down to €49,021 in 2015.

Couples where both partners work also became the norm in Generation X but rather than bring extra riches, it has just increased the stress – and the steep childcare burden – for many.

Couples living in Dublin can expect to pay as much as €1,200 for full-time care per child, while the after school burden can be €600 or more. Outside the capital the cost is less, but so too are wages in general.

Such a significant monthly expense drains not just the family finances, but also the chances of getting a decent mortgage.

In circumstances like this, as a recent survey from Aviva showed, Gen Xers are also less optimistic about their prospects, with two in three of those in the age group not expecting their income prospects to improve. Moreover, many of them have no firm financial plans for retirement.

Key to this perhaps is the shift in pension provision. Many of those coming into the workforce from the late 1990s onwards will either have been put into occupational defined contribution (DC) schemes, or will have had their defined benefit (DB), or final salary, plan they initially enrolled in transferred into DC. Many others will have no private pension in place.

While DC plans, when well funded, can provide comfortable retirements, the problem is that too many aren’t. A survey from Irish Life found that Irish DC plans are set to return a typical income of just 17 per cent of salary in retirement; contrast this with as much as two thirds of final salary under a DB scheme.

Earlier this month, a report from the UK based Institute and Faculty of Actuaries found that the demise of DB pension schemes means that both millennials and Generation X will never be able to match the pension provisions of the baby boomer generation.

But Charalambous says people should take heart from the fact that there is still time to improve their retirement plans.

“Our advice would be that it is never too late to start,” he says, adding that traditional pensions “are only one part of the jigsaw on the retirement lifecycle”. As accidental landlords, among others, may find, their “accident” turns good in the long run.

“Whilst some are suffering negative equity, the improvement in property values and rents will ensure some of those will have an additional source of income in those retirement years,” he says.

Another important point, which is often downplayed by pension advisers, is the State pension, which means that people will, at the very least, avoid destitution in retirement. While Charalambous notes that Generation X won’t see the State pension until they’re 68 years of age, unlike older generations who got it at 65, “it still provides a very reasonable income of c€12,000 per year which is worth about €250,000 in monetary terms”.

Which generation are you?