Who pays tax on inheritance from US-based relative? 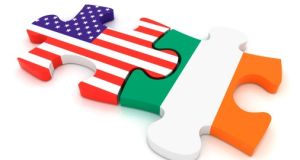 What tax do I pay to Revenue on a US bequest?

Both my wife and my two daughters have recently received bequests from my late brother in law – my wife’s brother – who had been living in the US from 18 years of age up to his death last year.

The amounts involved are $32,600 and $16,300 respectively. None of them have been in receipt of any prior gifts/inheritance.

My query is whether they need to inform Revenue, or if there are exemptions that would be applicable in this scenario? Essentially, what should they do to remain tax compliant?

Both girls are married – one living in Ireland, and the other living in another country for the past 26 years.

Few things are as tricky as cross-border inheritances. The problem is that every country has its own rules and these are quite often at total odds with one another.

One good example is the target for taxation. In Ireland, it is the person who receives the inheritance that has to assess their tax liability, whereas in the United States – or indeed the UK – it is the dead person’s estate that is taxed before it ever gets to the beneficiaries.

The answer, as for so many issues of tax across borders, lies in the wording of a sheaf of double-taxation agreements that the Irish government has signed with other countries down the years.

The aim of these agreements is to ensure the same asset is not taxed twice. Where it is taxed depends on individual circumstances but the bottom line is that if something is already taxed in another country, the Irish authorities will generally allow that to be credited against any tax that might be due in this State.

It’s a complex system and there are certainly times the Irish credit might not meet the full tax deducted but it is certainly better than the anarchy that would reign otherwise.

Clearly, in a case like this, those two positions are contradictory.

However, under the terms of a double taxation relief treaty signed between Ireland and the US back in 1951, Ireland cannot tax property held outside Ireland unless the person giving the inheritance is either domiciled here or, alternatively, not domiciled in the US.

Domicile is one of those funny concepts that can be quite hard to tie down. You can be tax resident in a country but not domiciled there, for instance. However, as a general rule, in layman’s terms it is the country that you consider home. For most people it is where they are born, even if they live away for a while; however, for emigrants, it can often be changed to the country where they establish their new lives.

Having emigrated at 18 and spent the rest of his life there, the assumption is that your brother in law was US domiciled.

This means that, while the inheritance received by your wife and Irish-based adult daughter might appear to be subject to Irish capital acquisitions tax, they are in fact not liable. US federal estate tax will have taken precedence. Neither your wife nor your daughter needs to inform the Revenue of their inheritance in this case, and neither has any tax liability.

1 Admission of mistake in Oxford vaccine dose raises doubts over reliability
2 ‘I don’t need to do any of this. . .I don’t actually need to work.’
3 ‘Make plans but don’t hold on to them too seriously’
4 Direct sea routes to Europe offer certainty in choppy Brexit waters
5 Anti-alcohol zeal of public health experts peppers reopening debate
6 Move to EU or face disruption, City of London is warned
7 Online shoppers face unwelcome tax surprise
8 There was no vaccine for Anglo: Why the last crisis was different
9 White knights or loan book cannibals – what will happen at Ulster Bank?
10 Promontoria barred from pursuing doctor over Ulster Bank loan
Real news has value SUBSCRIBE
Save money on international transfers