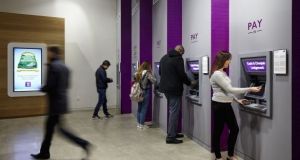 AIB charges will kick in from November 28th, but customers will not face the first quarterly fee until March 29th, 2021

Bank of Ireland customers will be charged twice for bank fees on December 31st as part of a move by the bank to introduce a new charging regime on its current accounts.

The bank rolled out its new charging structure on Monday, November 23rd, which will see the replacement of 26 individual charges with a fixed €6 monthly fee (€72 a year).

It means that all customers who previously kept a certain amount on balance with the banks to avoid fees or reduced fee, will now face banking charges as there is no way of avoiding the €6 fee.This means that the annual cost of bank charges will rocket from €20 a year to €72.

The changeover also means that Bank of Ireland customers may see a double deduction from their accounts on December 31st. This is the first time that the new €6 fee will be deducted from customers’ accounts, but customers will also be charged fees related to the prior quarter – ie August 24th to November 22nd – on this date also.

“This is the only time you will be charged fees for two different periods at one time,” the bank said.

A number of accounts will remain “free”, including the bank’s offering for those aged over 66, Golden Years, and its junior savings, third level and graduate accounts.

Bank of Ireland is not the only bank changing its fee structure, and customers of AIB will experience a similar rise later on this week when it introduces its new charges on November 28th.

The bank, which is 71.2 per cent state owned, had made previous efforts to alter how it charges current account customers, including during the lockdown in the spring, but backed down after it was heavily criticised.

The move means that customers who had previously availed of a fees exemption by keeping €2,500 in their account at all times will now be hit with charges.

AIB will charge a flat €4.50 quarterly fee (€18 a year) fee, as well as a number of other charges, including a €0.35 fee for ATM withdrawals and a € 0.20 charge for chip and pin transactions, online transactions, direct debits and standing orders to all standard customers.

It means that someone with eight ATM withdrawals/cheque lodgements a month, plus five chip and pin transactions, and five online transactions, will face a monthly fee of €6.30, or €75.60 over a year, making the bank one of the most expensive in Ireland.

As with Bank of Ireland there are exemptions, and those aged 66 and over, as well as students and young savers will not be hit with the charges. In addition, if you have an AIB mortgage on your home with the bank you will continue to avoid these fees.

AIB charges will kick in from Saturday, but customers will not face the first quarterly fee until March 29th, 2021.