Barred from borrowing for five years over €75 debt 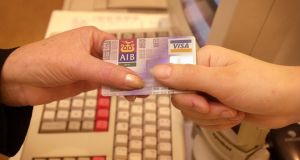 Under Ireland’s 2018 Data Protection Act, you are entitled to see what information is held by the credit bureau

My husband and I have been living abroad, after moving there for better job opportunities. When I left Dublin in 2016, I didn’t do a good job at tying up loose ends, and didn’t change my address from my rental property in Dublin to my “home” address.

I’ve had a credit card since my student days, which I had finally got on top of before I left. I haven’t used it in over three years and thought I had paid it off years ago. I just checked my AIB online banking this week and realised that it’s still outstanding and I had missed some payments to the tune of just under €75. I paid the card off in full straight away once online.

I’ve just come off the phone with AIB. Due to the fact they couldn’t contact me, this €75 now has put me on the credit barred list with all lenders in Ireland for the next five years. AIB said that they can’t do anything once I’m on that list.

Do you have any advice? I’m devastated by a simple mistake and have no idea what to do.

The first thing is to calm down. It’s clear from your (longer) letter that you are very stressed. There’s no need to be.

That’s not to say this is a matter of no importance or that the bank has acted in any way inappropriately – although, assuming your account is an accurate reflation of your phone conversation with the bank, they do have some questions to answer.

The facts of the case are fairly clear. You left Ireland three years ago thinking you had organised your affairs and paying off in full credit card debt that you had been juggling for some time. It turns out that there was some small residue left and, in the intervening years, this has built up to around €75.

It is possible that while you cleared the stated amount back then, a small amount of interest had accrued since your previous statement and you might not have been aware of it. And, as they didn’t have your correct address, you wouldn’t have got subsequent statements.

You weren’t aware it was owing so you never made the minimum credit card debt payment the bank requires. The bank could not contact you because it had an out-of-date address for you because you never told them you were moving. So, as far as they were concerned, it became a bad debt.

I am not sure why you would not have looked at your bank account statement online for three years and then suddenly decide to check it, but you did. And, seeing the outstanding amount, you paid it immediately, online.

So far, so good. The real alarm appears to have been triggered by your subsequent call to AIB – made, I assume, to ensure everything was now in order.

To be fair, I can understand your alarm. Talk of credit barred lists, five-year lockouts and no prospect of reprieve would have anyone fairly rattled.

It seems to me that either you misunderstood what someone was telling you or someone in AIB’s customer service department might have been somewhat unclear in stating the actual facts of your position – and theirs.

I have spoken to AIB, not least as I have never heard of a “credit barred” list and, in any case, I was pretty sure that any list, whatever it was called, could be amended in light of new information coming to light.

The bank has confirmed that there is no such list. They suggest that it might refer to the Irish Credit Bureau or the recently introduced Central Credit Register – and it might, though I still suspect someone might have been trying to give you a hell of a fright.

The Irish Credit Bureau is a body owned by its members. These are banks, including AIB, card issuers, credit unions, mortgage lenders, local authorities, moneylenders and other finance houses.

The Central Credit Register is operated by the Central Bank. However, as far as I know, it deals only with loans of more than €500 so your details should not be there.

Banks send information to the credit bureau about payment, or non-payment, of loans or other credit and other member banks have access to this information.

What information? Apart from your name, date of birth and the address or addresses the lender has on file for you, it will include the names of the lenders and account numbers for your loans that are either current or have been current in the past five years.

It also includes details of payments made and missed every month on any loan and details of any more serious issue – failure to clear a loan, loans settled for less than their face value and any legal action being taken.

Now to the issue of the five year barring from obtaining new credit. I think this must refer to the fact that the Irish Credit Bureau retains information about people and their borrowings for five years after the loan or debt is paid off.

Importantly, under Ireland’s 2018 Data Protection Act, you are entitled to see precisely what information is held by the credit bureau. To do so, you can either phone the bureau, complete an online application form, or download the form and then post it. There should be no charge for this unless you have a remarkably complex file which does not seem to be the case. The form is available on the credit bureau’s site at http://www.icb.ie/cr_options.php.

If the records are incorrect, they can be changed, regardless of anything you were told. In fact, by law, lenders are obliged to ensure that information they have or give to anyone else about you is correct and up-to-date. So you have the right to insist that they correct any incorrect information about you. But the bureau will only change the information when the lender tells it to so you’d need to go through them.

In this case, to be fair, there is no mistake. The payments were outstanding. That’s a fact and there is no obligation on the bank to remove any details unless they are inaccurate.

However, AIB has told me that, in the circumstance of what is an honest error and not a deliberate decision not to repay borrowings, it should be possible to amend this information – though they make clear that they could not address specific incidents without the relevant account numbers.

“We would welcome the opportunity to discuss the specifics of this case with the customer and would expect that we can resolve it satisfactorily,” the bank told me. They suggest you call their card services line on +353 (0)1 6685500.

1 If you think governments are spending money now, just wait
2 Remote working doesn’t suit everyone, and it exposes woolly leadership
3 Dublin software company Workhuman ‘on course’ for €1bn valuation
4 Coronavirus: Construction sector most significant part of new shutdown
5 Can husband keep savings and half the house in divorce?
6 British exceptionalism backfires in style as Johnson tests positive for coronavirus
7 Will Covid-19 force Primark to rethink decision not to sell online?
8 Retail landlords worried rents will dry up during Covid-19 crisis
9 Coronavirus: Medtronic aiming to make 500 ventilators a week
10 What is the truth about paying tax in Ireland?
Real news has value SUBSCRIBE
Save money on international transfers