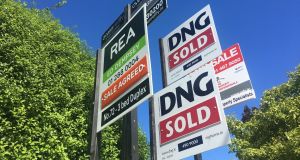 The scheme, which goes live on February 1st, is aimed at first time buyers with annual salaries of up to € 75,000. The scheme offers cut-price lending rates, starting at just 2 per cent fixed for 25 years, but its big attraction perhaps is that it will allow home buyers to circument the Central Bank’s tricky income multiple rules, which have made it difficult for many to buy at a time of rapidly rising prices.

However, applicants who could get finance elsewhere and are just looking to get around the Central Bank’s rules, or avail of low cost finance , need not apply.

Writing in The Irish Times on Monday, Michelle Norris, chairwoman of the Housing Finance Agency, said that the scheme is “specifically designed to support households with incomes that are too high to qualify for social housing but too low to access sufficient mortgage credit to buy a house currently”.

And the application process (application forms can be accessedhere) is designed to ensure that only this cohort qualify.

You can’t fudge the bank’s refusal

Firstly, there is a restriction on loan refusal. While the statement last week suggested that applicants need just to be turned down by two banks - and didn’t indicate on what particular grounds - the Department of Housing has now clarified that applicants must be turned down for the same amount that they wish to borrow through the affordable home loan scheme.

“The loan applications to commercial lending institutions where a prospective borrower have been given insufficient finance offers must be for the same loan amount as the borrower is seeking to borrow under the Rebuilding Ireland Home Loan,” a spokesman says. So, forget about applying for a €350,000 mortgage just to get refused when you know you will only borrow about €200,000.

Morever, refusal needs to come from a bank or building society - not a credit union.

Applicants must also be Irish or EU nationals, or have refugee status, to qualify.

“A loan applicant must have an indefinite right to remain in Ireland,” a spokesman says, which means that people living and working in Ireland on a work permit linked to a specific job will be precluded from partaking in the scheme.

First-time buyer status will be checked

The Department has also taken pains to ensure that only first-time buyers will qualify for the low cost mortgages. Applicants will have to get the Revenue Commissioners to sign off a form, the so-called HPL1, to confirm that they have never received interest relief on a mortgage before. As the form needs to be signed by both applicants, it means that if one member of a couple has previously bought a house, then the couple won’t be able to apply together.

What grabbed many people’s attention when the scheme was first launched last week was the eye-wateringly low rate of 2 per cent available on a 25-year fixed term. For the borrower, this offers certainty plus a lower rate than the 2.3 per cent variable loan.

Borrowers should be aware however that there is a slight risk of a breakage fee. According to the Department of Housing, the relevant breakage fee would be calculated as the difference between the current fixed rate available for the remaining loan term, less the original mortgage fixed rate, multiplied by the outstanding loan balance for the years remaining. But this only applies if rates fall from where they are at the moment.

So, for example, if in five years time the fixed rate offered on the product is 1 per cent (down from 2% currently), and a borrower has €150,000 outstanding on their mortgage, they would face a break fee of €1,500.

But your house can be located anywhere

Prospective applicants shouldn’t be put off by one statement in the application form - “The property you wish to purchase must be located in your Local Authority administrative area”. While at first glance this might indicate that applicants must already be living in the area in which they wish to buy, the Department has clarified that this is not the case.

“A person in Dublin may decide to purchase a house in Meath and therefore will need to apply to Meath County Council for the loan,” a spokesman says.