Government to launch review of auto-enrolment and State pension 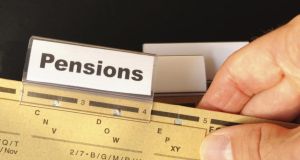 It finally looks set to be on the way, several years after other countries have sought to address their own looming pension crises by forcing people to join a private pension scheme.

In Ireland the crisis is not so immediate perhaps, given our demographics. At the moment, Ireland’s 65-plus population is just 13.2 per cent, compared with the European Union average of 19.2 per cent, while Ireland’s projected old-age dependency in 2060 is also the lowest among the EU 28.

But this doesn’t mean the so-called pensions time bomb won’t hit here as it will other countries. And that’s why the imminent introduction of auto-enrolment may be so necessary, particularly so given that private pension coverage in Ireland remains poor.

When you strip out the public sector, where pension coverage is close to 100 per cent, the figure in the private sector is less than 40 per cent.

Meanwhile the recent Melbourne Mercer global pension index found that while Ireland’s pension system is good it has serious sustainability problems into the future.

Officials in the Department of Social Protection are currently readying a review of both auto-enrolment and the State pension, which is due to be launched as part of a consultative process in the coming months. While the details are still vague, it’s expected that an auto-enrolment scheme in Ireland could provide pension coverage to about 600,000 workers, with the first contributions to be made in 2021.

Its benefits are clear: it takes away inertia and forces people to provide for their retirement, and it can also make employers stump up. But could it see individuals having to pay for benefits they previously enjoyed under the State pension regime?

Ireland won’t be the first country to embark on some form of mandatory pension: Australia, New Zealand and the UK have already beaten us to it. And the experience shows it works.

In a study of the experience in the UK, the Institute for Fiscal Studies found that auto-enrolment increased pension membership by 37 percentage points. Now the UK wants to go a step further and drop the age of auto-enrolment to just 18 by the mid-2020s, in a move that could see some workers better off to the tune of £50,000 over 40 years.

Who is it aimed at?

Evidence shows that higher earners tend to have their own pension provisions, while those on the minimum wage or slightly higher should find that the State pension, of about €12,636 a year, would provide enough for their retirement. Auto-enrolment will look to plug the gap for low- to middle-income earners.

Minister for Social Protection Regina Doherty has suggested an eligibility range for auto-enrolment of between about €20,000 (€384 a week) and €65,000 (€1,250 a week), but it’s understood that this will depend on the outcome of the consultation.

Whether employers in the so-called gig economy will be a part of the initiative is also unclear. Employers will likely look for restrictions, such as employees needing to be full time for a certain period of time to qualify. This could lock a whole chunk of – particularly younger – workers out of the the system and do nothing to help them save for their retirement.

So the success or otherwise of the scheme is likely to come down to how much money goes into it. If contributions are set too high there’s a risk that employees will opt out as they may not be able to afford it. If they’re set too low, the scheme will be of only limited value.

And employers will have mixed views on the scheme. Many, particularly smaller businesses, will see it as just another cost.

While employers’ group Ibec accepts that employer contributions will be necessary as part of the scheme to increase workplace pension adequacy, it will come down to the “level and timing”, it says. Tony Donohoe, head of education and social policy with lobby group, says it would favour a “gradual” approach.

“There is no doubt that this is an additional labour cost,” he says.

The UK took a softly-softly approach to getting employers to engage with the scheme. Employer contributions started at just 1 per cent but will rise to 3 per cent by 2019.

Ibec also has some concerns about how the system was introduced in the UK,

“There are a lot of design issues there, which need to be addressed to make it as simple administratively as possible,” Donohoe says.

Employers have not exactly outshone themselves in the generational shift from defined-benefit to defined-contribution schemes, driven by heavy regulatory requirements, poor investment returns and accounting rules. Research from Dr Micheál Collins at University College Dublin suggests that 620,000 pension savers currently benefit from employer contributions. However, of these, some 400,000 are getting less than 5 per cent of their salary from their employer.

It’s also about whether employees will see the value of the scheme – and can afford it – or whether they will opt out. How easy will it be for them to do so? And can they opt back in at a later stage?

A big test is on the way for the UK scheme: employees were initially required to put in just 1 per cent of their gross earnings into the plans, but this is set to jump to 2.4 per cent in April, and to 4 per cent from 2019. Will they keep saving at the new higher rates?

Fees will also be important. As studies in the past have shown, much of the tax relief enjoyed by Irish pension savers can be wiped out by hefty charges.

The UK Nest system, for example, charges an annual fee on assets (0.3 per cent) and 1.8 per cent on contributions, which it is said translates to a flat fee of about 50 basis points a year. While one could expect perhaps greater economies of scale in the UK, ensuring fees are kept to a minimum needs to be a priority of any new scheme.

“Keeping the management fees of the default fund low would be an important part of any auto-enrolment scheme,” the think tank Public Policy has said, while Insurance Ireland has also asserted that “costs need to be kept as low as possible”.

The Government’s previous effort at boosting pension coverage, via the PRSA, has not had the success first envisaged, and the fees levied on these savings vehicles may be one reason why.

The PRSA scheme was introduced to offer a clearly-defined, portable pension product. Hopes for it were high but the take-up, while still significant, has been lower than expected. The most recent figures show that, at the end of the second quarter of 2017, about 253,000 PRSA contracts had been taken out, holding assets of some €5.9 billion.

A report from the OECD in 2013 said the product had had only “limited success”.

Auto-enrolment may also provide the opportunity for savers to withdraw some of their savings to put towards a major life event such as buying a house, for example – even though this runs directly counter to the aim of providing adequate retirement income.

This may encourage more people not to opt out. A recent survey from Irish Life, for example, found that 75 per cent of respondents would be more inclined to join a pension if they had “emergency access” to some of the money, while almost two-thirds (62 per cent) said the new scheme should enable people to use some of their pension savings to help with a deposit.

It’s the approach taken by New Zealand. Via the KiwiSaver scheme, early withdrawals are permissible under different scenarios. For example, provided you leave $1,000 (€594) in your savings account and have been a member of a scheme for three years or more, you are entitled to withdraw your funds to put towards a house. The scheme (something along the lines of our help-to-buy scheme) also provides for housing grants of up to $20,000 (€12,000), but to qualify you have to be saving via KiwiSaver.

Does it present a risk to the State pension?

Plans for auto-enrolment are not coming in isolation. They will be released in conjunction with the Government’s new “total contributions” approach to pensions. This means that you’ll get out of your State pension what you put in, in the form of PRSI contributions. It is expected that 10 years of PRSI contributions will qualify for the minimum pension, and 30 years for the full pension.

One possible concern is whether the Government could look to cut State pension benefits if an increasing part of the population now provides for their own retirement?

If it does, this would shift the burden from the State partly on to the employer and the employee. That’s a prospect at which Ibec’s Tony Donohoe takes umbrage.

“That’s absolutely not what it [auto-enrolment] purports to be. If we had any sense of that happening, we’d be very critical,” he says.

And the risks of phasing out the State pension in any form are clear: a study late last year from economists in Dublin City University and the Pensions Authority found that if the Government was thinking of phasing out the State pension and using auto-enrolment as the sole source of pension income, a contribution rate of nearly 15 per cent – far in excess of the 8 per cent mooted – would be needed to deliver a pension of two-thirds of income at retirement.

And not only that, but depending on the return of the fund, those with an “unlucky” outcome would retire with just 27 per cent of their average earnings.

1 What is Covid Tracker Ireland?
2 Why gift a son now if it eats into his tax-free inheritance threshold?
3 Holiday home rental company exits Irish market
4 High Court refuses Denis O’Brien application for discovery of documents
5 Copper Face Jacks pays out €45.95m in dividends to owner
6 SuperValu and Centra MD Martin Kelleher stepping down
7 Will family’s tax debt stop me getting my inheritance?
8 Ireland’s economy set to shrink 8.5% due to pandemic
9 Where is the creative, effective advertising for face masks?
10 Spar-owner BWG explores potential for online shopping ‘pot of gold’
Real news has value SUBSCRIBE
Save money on international transfers