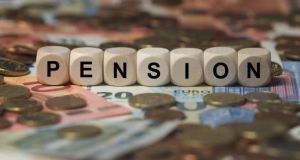 My understanding is that anyone retiring between now and 2020 will have the choice of using the existing system or the new total contributions system – whichever is more beneficial to them financially. Photograph: Getty Images

I’m due to get my contributory State pension from June this year. Is the “pension reform” announced last week essentially a “fix” for women with reduced pensions who were forced out of jobs because of the marriage bar – and nothing more?

What I mean is does this affect the way any other contributory State pension is to be calculated.

Is the Government trying to “soften up” to the public by introducing a 40-year rule to address the current problem to make it easier to do it for all pensioners in 2020?

The “fix” as you say is not so much to address the women affected by the marriage bar – most of whom fall outside its remit – but to ease the position of those women (and men) who took time out of work in the years before 1994 to take care of children or adults who were either ill or disabled.

Certainly the majority will be women but it is not exclusively for them.

My understanding is that anyone retiring between now and 2020 will have the choice of using the existing system or the new total contributions system – whichever is more beneficial to them financially. For people who started work late in life or moved to Ireland late in their careers, the old system may indeed work better.

The department has promised that no one will be worse off as a result of the changes.

For anyone retiring from 2020, the element of choice will be removed. The total contributions system will be the standard and you won’t be able to use the “old” yearly averaging system.

As laid out by the Department of Social Protection, you will need 40 years of contributions to get a full State contributory pension. If you have less, the pension you get will be worked out proportionately. But, unlike the current system, you will not have to take account of any gaps – such as if you travelled abroad, maybe – in the calculations.

It does appear that the National Pensions Framework proposals have been reworked in the construction of this new arrangement – presumably to save some money – and the current signal from the department is that this is how it will operate going forward, including after 2020.

However, it should be said that the department is stressing the underlying “fairness” of the new system: people who contribute more by way of PRSI payments will benefit more in the pension they receive.

It was always somewhat iniquitous that someone could start working at 56 and earn a full pension when another person who started work at 16 and worked far more years in total but took gaps out to raise family etc would get less.