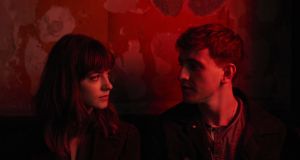 Not all lockdown binges involved sticking your head in the fridge. Since March, two-thirds of Irish people have tried at least one video-on-demand (VOD) service for the first time, research by marketing group Core has found. It’s a staggering rate of media experimentation, and one of several Covid-19 fallouts that recalls the Hemingway-derived line about habits forming “gradually, then suddenly”.

At the outset, the crisis also boosted consumption of old-school linear television, which by Core’s estimates still accounts for about 56 per cent of all adult audio-visual viewing. But linear viewing has since returned to “pre-lockdown norms”, leaving the industry to wonder whether the real legacy of Covid-19 will be to accelerate the adoption of VOD.

Some 38 per cent of the 1,000 adults surveyed in late May and early June told Core that their streaming habits changed during the pandemic, while 18 per cent said they intended to continue their changed habits into the future.

On the surface, this number is noticeably lower than the 66 per cent who trialled at least one video streaming service, suggesting that some “trials” were just that. But for almost a fifth of people to be reporting a definitive shift in their habits in the space of a single quarter is more than dramatic enough for Covid-19 to be labelled a tipping point.

The surging interest was not confined to subscription VOD. While 14 per cent of Core’s respondents said they had started using Netflix during the pandemic, some 21 per cent – including many older viewers – said they had fired up the RTÉ Player for the first time. This was actually a higher influx than the 20 per cent who said they tried the much-marketed Disney+, which launched in this part of the world with incredible mid-pandemic timing on March 24th.

For Craig Farrell, Core head of media planning, the potential exists for RTÉ to hang onto this Covid-widened user base, but to do so, it will need to work harder to achieve its stated aim of evolving from its original catch-up function.

“It has, in my view, continued as a catch-up service,” says Farrell. He would like to see more testing of original Irish content on the RTÉ Player, similar to how the online BBC Three serves as the first-run home for shows that eventually end up on BBC One, though he admits it is “unfair to draw comparisons with international broadcasters, because budget comes into it”.

Player content doesn’t always have to be box-fresh, he notes. In the second quarter, the most streamed shows on Channel 4’s All4 service were the US comedies Scrubs (2001-2010) and Seinfeld (1989-1998), as anxious viewers sought the comfort of old favourites. RTÉ is in the process of adding all nine seasons of Seinfeld to its Player, where they will stay for a year.

For viewers, the advantage of broadcasters’ VOD services is that they are free. In the increasingly crowded subscription market, Netflix remains out in front, with Core estimating it has 500,000-550,000 paid subscriptions in the Republic (a figure that doesn’t include households that “piggyback” on another paying subscriber).

Some 63 per cent of Irish people have access to view Netflix, it says. But the percentage that has Netflix plus a second subscription VOD is more modest. Some 25 per cent, its research found, have Netflix plus Amazon Prime Video, while 19 per cent are doing the Netflix-Disney+ double and 14 per cent are opting for a combination of Netflix and Sky’s Now TV.

Overall, the signs point to a “battle for second place” that is currently led by Prime Video, but with Disney+ snapping on its heels. All subscription services, meanwhile, share the common enemy of piracy.

An economy-wide squeeze on consumers’ disposable incomes will only reinforce the natural limit on the number of entertainment subscriptions we can maintain simultaneously – one problem broadcasters’ VOD services don’t have and can theoretically benefit from.

The US-owned subscription streamers have also had the good manners, from the perspective of Irish broadcasters, to not carry advertising, which is a feature of their business model Farrell doesn’t expect will change. “I can’t see it myself. It would be great if they did, because advertisers would have access to a whole new audience.”

But if they do go down the advertising path in the future, they won’t start in the Irish market, he adds.

None of this exactly points to easy times ahead for broadcasters, however, as they see more viewers lose their affinity to live television or never quite establish it in the first place. Indeed, as the vagaries of the advertising market mean a video-on-demand viewer generates less revenue than a linear one, even successes like Normal People can seem awkward in a financial light.

It’s probably best not to worry too much that the original Hemingway line – “gradually, then suddenly” – was about bankruptcy.