What exactly will be cut at RTÉ under its cost-saving plan? 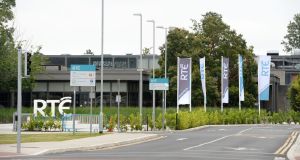 RTÉ headquarters: before “core” services can be stripped back, the fringe and the niche must go. Photograph: Dara Mac Donaill

On RTÉ airwaves, Government ministers have more than once declared that RTÉ must get its house in order. Viewers, listeners, licence fee-payers and RTÉ employees alike can now see which parts of the house will be tackled first.

The wage bill, which accounts for half of RTÉ’s operating costs, was never likely to escape. Although the word “compulsory” has been floated for some months, Dee Forbes, the director general, stressed on Radio 1’s Morning Ireland that the 200 planned redundancies would be voluntary, and “absolutely not” compulsory. This is likely to be repeated back to her in union negotiations.

While the last voluntary scheme saw only 160 people leave over late 2017 into 2018 – short of the desired target of 200-300 – the feeling at the Montrose campus is that morale has sunk so much lower in the last two years, that a new redundancy package is likely to attract interest. But will it attract 200 people?

In any case, unions are rightly concerned that the eventual number will contain quasi-compulsory job losses resulting from the shutdown of services.

The mooted closure of Lyric FM, which triggered a backlash among both listeners and politicians, turned out to be a kite-flyer for its removal from Limerick. “Regrettably, we will probably lose some people in that,” Forbes told presenter Bryan Dobson as he went into grill mode.

Lyric will now be split between Cork and Dublin – or is that Dublin and Cork? – but RTÉ is not withdrawing from Limerick, Forbes suggested. It is “downgrading” its presence there. In practice, this means its mid-west correspondent will continue to have access to an office. This retreat from the regions is, incidentally, happening at a time when the UK government has pushed a greater regional presence for its public service broadcasters.

RTÉ’s suite of digital radio services, always out on something of a limb by virtue of the “last in, first out” principle, will be closed. This is already generating promises of social media campaigns to save stations such as RTÉ Gold and RTÉ Pulse. As for Aertel, well, RTÉ has been trying to shut that down for ages. The RTÉ Guide has served it well over the decades, but does RTÉ need the added headache of dealing with the print advertising market in 2019? Possibly not.

The point is not that any of these things cost vast sums of money and can solve the problem of RTE’s deficit-stricken finances by disappearing. The point, from the management’s perspective, is that they are the outliers. Before “core” services can be stripped back, the fringe and the niche must go first.

This brings us to RTÉ2. Here is where the direction-of-travel for the organisation is clearest. RTÉ “will move RTÉ’s biggest sporting moments” – the ones to which the broadcaster still has the television rights – to RTÉ One. This was actually the first change confirmed in its press statement on Wednesday night and it is a big one, signalling the future treatment of RTÉ2 as a spillover, also-ran television channel.

RTÉ2’s audience share already collapses when there’s no sport on. Both the main channels have also seen a spike in repeats and this will inevitably become more noticeable if investment dwindles. What RTÉ says it wants is for RTÉ2 to become “a window” to the RTÉ Player, but that presupposes that its ambitions to make the Player a viable, smoothly functioning “destination” for viewers – one that increasingly co-operates with youth-targeting 2fm – is successful. The costly yet lacklustre relaunch of the Player a year ago has had a mixed response. It will not be too big a shock if moving sport is simply a prelude to a more peripheral RTÉ2.

And then there are the individual targets, some might say token gestures. RTÉ says it needs to reduce its projected costs by €60 million over three years and as a small, symbolic element of this, it will cut fees to its top presenters by 15 per cent – as the bill for the 10 highest paid came to €3 million in 2016, this indicates they will take a collective pay cut of €450,000. Much more likely is that one or more of the 10 will leave RTÉ, triggering more “end of an era” appraisals.

The most senior executives will also take a 10 per cent cut in pay, which seems sensible, while “the board of RTÉ will waive its fees”, which seems like a bad precedent. Surely it is healthy for the board of a semi-state company to be invested in its oversight?

The mood is dark. Employees have been irritated by what they regard as poor communication by management in recent times, with Forbes and the majority of her close lieutenants regarded internally as remote figures. Union representatives have also been frustrated by what NUJ general secretary Seamus Dooley calls an “industrial relations strip tease”.

But Forbes is correct to say that what is happening now is largely the consequence of Government inaction on media policy. The television and radio advertising markets no longer support an organisation of RTÉ’s size. Either something has to give at Montrose or the Government must seriously and urgently address licence fee evasion and eligibility - or both.

The Minister for Business, Enterprise and Innovation Heather Humphreys told Morning Ireland that “there have been a number of measures” to reform licence fee collection over the past eight years. There haven’t. There have been hearings, forums, committees, reports, reviews, nice words and promises. But measures? None. The Government, having told RTÉ to get its house in order, now cannot be surprised that it is.