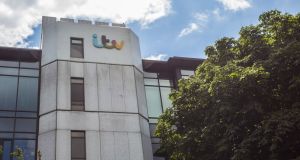 British broadcaster ITV reported a 4 per cent drop in first-quarter revenue on Wednesday due to weaker advertising demand caused by the late timing of Easter and political and economic uncertainty.

The company reported revenue of £743 million (€865 million), beating market forecasts of a steeper drop to £729 million.

Chief executive Carolyn McCall said the outcome was “very much as expected”, with ITV performing well onscreen and online, driven by new dramas Manhunt, Cheat, Cleaning Up and The Bay.

Production division ITV Studios, which makes hit show “Line of Duty”, reported a 1 per cent rise in revenue in the quarter, and Ms McCall said it would deliver good growth over the year.

ITV said advertising in April, which included the Easter holiday, was up 8 per cent and was forecast to be down 2 per cent in May and down around 20 per cent in June, a month that saw exceptional demand a year ago due to the Football World Cup. – Reuters