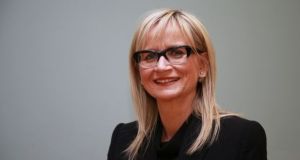 RTÉ director-general Dee Forbes said the broadcaster’s new strategy will ensure it will ‘continue to play a central role at the heart of national life’.

RTÉ is to become a digital-first service in a bid to attract a younger audience, according to a five-year strategy published on Tuesday.

The strategy will require increased public funding on top of savings from existing plans to shed almost 17 per cent of its staff, the broadcaster has said.

Unveiling the plan, entitled Renewing RTÉ for the Next Generation 2018-2022, the broadcaster published proposals to focus more on digital platforms as RTÉ struggles to cope with severe financial challenges as a result of drop-off in advertising revenue from younger audiences flocking to online and mobile content.

The strategy, which RTÉ is obliged to submit under the Broadcasting Act, presents the broadcaster’s plans to remain relevant for younger audiences as traditional broadcasters feel the pinch from online streaming services.

“There is no doubt that we have to focus our efforts and our energies into figuring out how we can encourage more younger adults to come and watch and listen to RTÉ content,” said Dee Forbes, RTÉ’s director-general.

Irish television drama was identified as a key area of development over the coming years along with plans to restructure news and current affairs to deliver a digital-first service alongside traditional broadcast news.

RTÉ plans to invest in a “Digital Lab” — a “short-form production unit” — that will create public service content for online audiences, in particular for younger audiences.

“I think the best response from us to the challenges of a Netflix or the Amazons is to really excel at strong Irish-made content. We are about providing Irish audiences with the best Irish content across a range of genres, from kids to drama to documentaries to news and current affairs,” said Ms Forbes.

She said the strategy sets RTÉ on a “new path that ensures that it can continue to play a central role at the heart of national life and deliver what you want, when you want it, where you want it”.

The broadcaster acknowledged its financial difficulties that have seen it post six annual financial deficits in the last eight years, including a loss of almost €20 million in 2016, and announce a major redundancy programme to reduce staff numbers by at least 250 from almost 2,000 staff in 2016.

RTÉ said in its plan the “radical cost-cutting” from staff departures will have an impact on the scope and scale of RTÉ’s output and activities and will deliver significant cost savings over the period of the five-year strategy but they “will not on their own enable the successful and sustainable implementation of this strategy.”

“Delivery of this strategy cannot be realised without increased public funding that would enable additional investment in content in areas such as drama, comedy, children and young people, and arts and culture, as well as other other priorities outlined in this strategy,” said the broadcaster.

RTÉ said the strategy was based on an assumption the licence fee collection system would be reformed by the Government in the next couple of years and the reform would lead to increased public funding from 2019.

The financial model underpinning the strategy is based on “conservative estimates around television licence reform and on the premise that RTÉ would not be the only beneficiary of this reform”, said RTÉ.

The broadcaster said the current levels of licence fee evasion, at 15 per cent, and the high cost of collection, at 5.5 per cent, would provide “significant scope for reform without any increase in the licence fee”. And more than €40 million in additional public funding would become available if the system was modernised.

Ms Forbes said the broadcaster’s financial challenges meant it had to look differently at how it operated and it had to become more flexible and more agile as a smaller organisation.

“We are currently in a very difficult financial place,” she said in an RTÉ-produced interview released with the strategy.

“We have to look at everything we are doing through a very different lens and say, you know, could we do it differently, could we do it more effectively but at the same time can we keep the quality to a level.”

“If RTÉ doesn’t lead the way culturally, it will mean fewer jobs for those in the creative sector and I think when certainty of funding comes, we can plan,” she said.