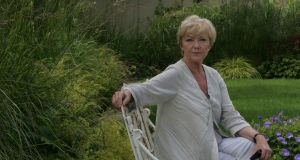 There was no messing around at the Oireachtas communications committee on Tuesday, as members listened to RTÉ director general Dee Forbes address issues such as an “irrevocably broken” funding model, the impact of the “rise of the media superpowers” on small countries like Ireland and the drain of creative talent to the US and UK television industries, then got straight to the nub of the problem.

Just why is one of its presenters (Marian Finucane) paid €300,617 for two radio shows a week?

Forbes gave a valiant response, citing a competitive market for top presenters and arguing that it’s not as easy as it looks. “I understand why this can be an issue and a topic for conversation among the public,” the RTÉ boss told committee chairwoman Hildegarde Naughton. “But the role of presenting a show and being a broadcaster can be a difficult one and it’s not something that anybody can do despite sometimes what the public think.”

Well, quite. But lots of jobs are difficult and don’t come with earnings of €495,000 (the remuneration of RTÉ’s highest earner, Ryan Tubridy, based on the most recent available figures). Notwithstanding scepticism from other committee members about the transfer value of RTÉ’s biggest names, the market defence is the more logical one.

The awkward thing about market values, however, is that what goes up can go down. Some of RTÉ’s highest profile presenters are now in the process of finding this out. RTÉ has declared its intention to swipe 15 per cent off the salaries of the top 10, though it is not yet clear whether this €450,000 will be subtracted from their collective bill (€3 million in 2016) or if each individual will take a pay cut of this order.

Forbes was able to confirm that the first presenter contract to be renegotiated since its cutbacks plan has seen a reduction of more than 15 per cent, and that the majority of contract renewals for the seven contractors in its top 10 will come up in the next few months.

Despite the political emphasis on this facet of RTÉ’s operations, denting presenter salaries will do little to alleviate the broadcaster’s financial pressures. But every cent counts. And some symbolic slashing at the top won’t exactly hurt its reputation.