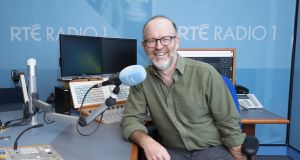 RTÉ Radio 1 is seeking a new sponsor for Playback, the Saturday morning round-up show that is the ninth most listened to radio programme in the Irish market.

Long-term Playback presenter Marian Richardson retired from RTÉ in March and presenting duties were subsequently taken up by Ronan Kelly and Sinéad Mooney.

Clifford, who was recruited from popular youth station Spin 1038, has 147,000 daily listeners, up 18,000 year on year. Her slot will move one hour earlier to midday from June, but otherwise the show is the one element of 2fm’s weekday peak-time schedule that will continue after a re-jig of its line-up.