Netflix to raise prices for subscribers in Ireland

Both standard and premium plans to rise but basic offering is unchanged at €7.99 a month 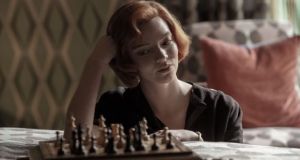 Netflix is raising prices for the third time in three years, although the cost of its basic offering will stay the same.

The streaming service will on Thursday confirm it is to increase the cost of its standard plan - which allows users to view content on two screens at the same time - by €1 to €12.99.

Its premium subscription plan -which lets users’ stream TV shows and movies on four devices simultaneously - is to increase by €2 to €17.99.

This marks the third increase over the last three years with the company last hiking prices in June 2019. Netflix said its basic offering is unchanged at €7.99 a month

Existing subscribers will be notified by email and within the Netflix app a month before the new prices are applied to them. Increases will apply to new members immediately.

“Our price change reflects the significant investments we’ve made in new TV shows and films, as well as improvements to our product. Our basic membership will remain at the same price ensuring as many people as possible can enjoy our content,” a spokeswoman for the company said.

The spokeswoman said Britain and Ireland is Netflix’s second most important market for production globally with $1 billion (€ 820 million)being spent on content this year alone.

Among programmes recently shot locally are the series Fate Winx Saga, which was filmed at at Kilruddery House in Co Wicklow. It is also working with Cartoon Saloon on My Fathers Dragon in Kilkenny and on Vikings Valhalla, which is currently in production in Ashford, Co Wicklow.

The price increases come as Netflix faces a battle for viewers with other streaming services, such as Disney+, which recently announced that its platform surpassed 73 million subscribers globally.

Netflix, which is available in over 190 countries, has over 195 million subscribers. The company added 2.2 million paid members during the third quarter, but this was its weakest subscribers gains in four years.