Premier Sports takes stake in JOE and Her Media 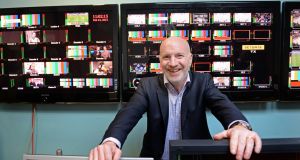 Mickey O’Rourke’s Premier Sports pay TV group has taken a 10 per cent stake in the company that operates JOE and Her Media, with a view to sharing sports content between the two businesses.

JOE and Her Media in Britain and Ireland will become the exclusive digital home of sports media rights within the Premier Sports portfolio, which includes La Liga football in Spain, Serie A soccer in Italy and Pro 14 rugby.

JOE and Her will also co-produce shows with Premier Sports that can be simulcast to both sets of audiences to maximise commercial potential. They will also share studio space and other resources.

Premier Sports is a pay TV channel with about 500,000 subscribers in Britain and Ireland and a free-to-air channel, called Freesport, that broadcasts to more than 22 million homes.

JOE and Her is a digital publisher in Ireland and Britain with brands that it says generate more than 100 million views per week. It is owned by Greencastle Capital, which acquired the business after its previous owner, Maximum Media, ran into financial difficulties.

Paul O’Donohoe, a partner at Greencastle Capital, described the partnership with Premier Sports as a “ big step” for the JOE and Her media group in “bridging the gap between digital publisher and broadcaster”.

Mr O’Rourke said the partnership would help Premier Sports to “reach a new demographic”, with JOE and Her focused on 20- to 35-year-olds.

Like most other pay TV sports broadcasters, Premier Sports was left with no live content when lockdown restrictions began in the UK and Ireland from mid-March.

“We were definitely scarred, it was hard and we’re still suffering with our commercial business,” he said.

Mr O’Donoghue said JOE and Her’s British business was now profitable, but Ireland is proving a “little bit trickier” and was a “hard grind”. JOE became embroiled in controversy last year when it emerged that it had used click farms to inflate listenership numbers on a sponsored podcast.