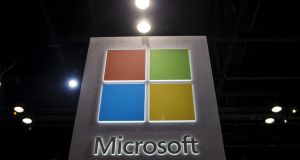 The move by Microsoft is one of its most brazen yet to align with the press industry, exploit the difficulties of its Silicon Valley rivals and promote its own search engine Bing as a copyright-friendly alternative for news.

Microsoft has joined forces with Europe’s publishers to deepen the troubles of Google and Facebook, launching a project to develop an Australian-style arbitration system for the EU that would force Big Tech to pay for news.

The move by the Seattle-based company is one of its most brazen yet to align with the press industry, exploit the difficulties of its Silicon Valley rivals and promote its own search engine Bing as a copyright-friendly alternative for news.

The project announced on Monday will involve Microsoft working with Europe’s four leading lobby groups for news publishers to develop a legal solution to “mandate payments” for the use of content by “gatekeepers that have dominant market power”.

The informal coalition, which will propose that the plan is added to upcoming EU legislation on Big Tech, includes the European Publishers Council, News Media Europe, and the associations for European magazine and newspaper publishers, which together represent thousands of news outlets.

Microsoft and the publishers said on Monday that they will support a form of arbitration, and will look closely at the model developed in Australia, which has prompted Google to strike a flurry of licensing deals and Facebook to stop sharing Australian news on its service.

Christian Van Thillo, a Belgian media executive who is chair of the European Publishers Council, welcomed “Microsoft’s recognition” of the value “our content brings to the core business of search engines and social networks”.

“It is crucial that our regulators recognise this key point, and don’t get misled into thinking that side deals on the basis of a standalone product are the same thing,” he said, adding: “All publishers should get an agreement - no one should be left out.”

Microsoft has offered vocal public support for the Australian reforms and has urged other governments to follow suit, much to the chagrin of its rivals.

Unveiling the project with European publishers, Casper Klynge, a vice-president of Microsoft, said access to quality news was “critical to the success of our democracies”.

The Australian system has caught the eye of regulators around the world, who are also looking for ways to empower publishers in licensing negotiations with Google and Facebook.

Canada is preparing Australia-style laws, and the EU and UK are looking at importing elements of the system into upcoming laws. It remains unclear whether the calculations of lawmakers have been changed by Facebook’s decision to boycott news in Australia.

EU governments are in the process of implementing a recent overhaul of copyright law, which strengthened the claim of publishers to seek compensation for the use of news snippets by Google.

But industry executives and some MEPs are concerned that the provisions, which do not include any arbitration system to resolve disputes, are too easy for Big Tech groups to sidestep.

Google recently reached a licensing deal with French publishers, but paid much smaller sums than the settlements agreed with Australian publishers.

Fernando de Yarza, president of News Media Europe, said: “The experiences in France and Australia have shown us that there’s a real need for a binding instrument.”

The Financial Times has reached commercial agreements for news with both Google and Facebook. The newspaper is not a member of any of the associations involved in the Microsoft initiative.

Google and Facebook both strongly criticise the Australian reforms as unworkable and unfair. Neither company had commented on Microsoft’s initiative in Europe by the time of publication. –Copyright The Financial Times Limited 2021