Facebook’s flounce down under may give other nations some backbone

Social media giant fancies its chances against ‘very friendly’ Australia, but at what cost? 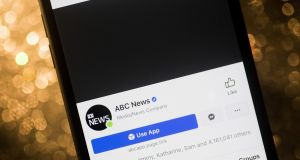 In the unfolding story of Facebook vs Australia, there is a narrative that casts Australia as the plucky frontrunner in a global fight against Big Tech.

From this prism, its conservative Liberal government, led by prime minister Scott Morrison (aka ScoMo), has valiantly gone to war against a social media company that has – as everybody now knows – the power to shoot down any and every nation state with the temerity to cross it.

Amazingly, in taking on Facebook and other tech giants, Australia has foolishly dared to devise legislation that would oblige them to pay for links to news content, thereby annoying web creator Tim Berners-Lee.

There is another version that depicts Australia in a manner that is less glowing but still weak. It portrays its proposed media bargaining code as the work of erstwhile citizen Rupert Murdoch, the biggest newspaper owner in Australia and one who is clearly raging at the dying of the old-media light.

In this harsher version, Murdoch remains a formidable string-puller but no match for the casual royalty of Silicon Valley, so Morrison, as his man, can hardly be one either.

Neither reading is entirely convincing. They make me wonder if Mark Zuckerberg has spent any time in Australia and if, in blocking Australians’ access to news in their feeds, the Facebook chief executive might have confused political reality with the board game Risk.

Does Facebook think conquering a continent is a sure-fire step to quelling pesky rebellions worldwide? If so, it might be disappointed.

This is Australia, Mark. Its politicians are not afraid of a hard line or several dozen of them. Even attempting to negotiate can be a commendable exercise in bravery. In the words of Victoria’s Labor premier Dan Andrews, “people are free to provide lists of demands, but the answer is no”.

Admittedly, Andrews was talking about Novak Djokovic’s bid to bargain his and other tennis players’ way out of quarantine regulations ahead of the Australian Open, but still.

The federal government’s attitude to Facebook is similar: we want you to ply your trade here, but you will do so on our terms, and if you don’t understand that now, you soon will.

“It is not okay to unfriend Australia because Australia is very friendly,” was Morrison’s message in the wake of Facebook’s newsmageddon. “We would like to remain very friendly and it is time for them to friend us again.”

Two things strike me about this. The first is how antiquated this use of “friend” and “unfriend” already seem, as if the lexicon of Facebook has already faded from popular culture, set only to resurface in baffled slabs of Noughties nostalgia.

Of course, Facebook, which also owns Instagram and WhatsApp, recorded net earnings of $29 billion last year on revenue of about $86 billion – almost all of which was from advertising (up 21 per cent year-on-year) – so it’s not exactly going to be worried that Facebook itself is desperately uncool. But it is.

The other thing that jumps out from Morrison’s line is the way he uses “very friendly” like your neighbourhood Tony Soprano. If someone came up to you and insisted they were “very friendly”, you would instantly get the shivers and want to run a mile.

Facebook seems to believe that its response to such uncalled-for friendliness from Canberra was not just rational, but strategically right. It might have pressed the nuclear button on Australia – temporarily wiping a raft of charity, community, public health and government pages in the process – but it explained everything via the medium of reasonable-sounding corporate blog post.

The interruption to the service enjoyed by North Shore Mums and Foodbank Australia was just unfortunate collateral damage.

Attributed to Facebook Australia and New Zealand managing director William Easton, the aforementioned post did the usual job of stressing how Facebook is really a great ally of news.

One of its key arguments was that Facebook was not Google, which has struck pre-emptive licensing deals with several Australian media companies (not just Murdoch’s News Corp).

While Google Search is “inextricably intertwined with news and publishers do not voluntarily provide their content” (though it is possible for a publisher to remove itself from search results), publishers “willingly choose” to post news on Facebook, as it is good for their business, Easton wrote.

It has a point. Many news media companies, in basing their business models wholly or partially around social media distribution, hoped that by showering Facebook with the gift of their links, they would gain access to its bed of money. This was naive and a little desperate, not least when Facebook made the chastening move in a 2018 algorithm update to deprioritise news in its feed.

But what is not naive is to recognise that political pressure works. In several markets around the world, Facebook has, like Google, been striking deals of undisclosed value with media companies to appear in its curated Facebook News portal.

It hasn’t done so for fun, but as a means to stave off the threat of revenue taxes, content regulation, antitrust investigations and other legislation that could prove just as unwelcome to it as Australia’s media code.

Morrison, with admirable commitment to his chosen verb, declared over the weekend that Facebook had “tentatively friended us again”, and was “back at the table”, though Facebook offered no public evidence that it has softened its cough.

Like Djokovic, it will probably find a way to win in Australia regardless. But so far all its flounce down under has done is reinforce the idea that moves to blunt the power of unaccountable tech giants should be a matter of national pride in all countries that still possess it.