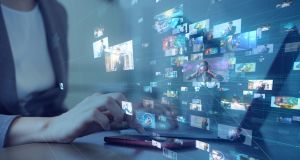 Iconic Labs manages the JOE and Her media brands on behalf of venture capital owner Greencastle.

London-listed Iconic Labs, which manages the JOE and Her media brands, has advised shareholders that it has been served by a claim form from European High Growth Opportunities Securitization Fund (EHGOF).

The media and technology company said the fund had filed the claim in the high court in London, but was yet to file the particulars of the claim, meaning Iconic Labs was unable to respond or comment in detail.

It said it assumed the claim was being made “in respect of amounts that are allegedly due to EHGOF under specific loan notes” and indicated it would update the market in due course. Discussions took place last year between Iconic and the fund’s investment manager in relation to a settlement of amounts due under the loan notes.

Greencastle Capital, the owner of the JOE and Her, has been “appraised of this development”, Iconic Labs added. It said Greencastle had informed it that, while it is monitoring the situation, it “does not consider that there are yet grounds upon which it might seek to terminate” its management services agreements.

Greencastle recently followed up its acquisition of former Maximum Media brands JOE and Her by buying another Irish-founded digital media company, the Lovin Group, with Iconic Labs also set to manage this brand on its behalf.