How much money has RTÉ got and how does it spend it?

RTÉ One, RTÉ2 and Radio 1 are its main services, and news is its single biggest genre 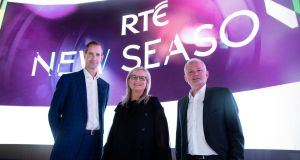 RTÉ is “flat broke”, an audience of celebrities, advertising executives, industry partners and journalists heard at the broadcaster’s August launch event for its new season of programming.

The clamour about its finances has grown even louder in recent weeks, though it seems for much of the last decade, the public service broadcaster has been either close to or in the midst of an apparent funding crisis.

The broadcaster struggles to live within the means that both the Government and the advertising market are prepared to give it.

In some years, the projected income from advertising hasn’t lived up to expectations. In others, it’s been contending with the pesky cost of (largely foreseeable) “special events”. Restructuring programmes designed to shrink its workforce have also tipped it into the red.

Critics say it overspends on controversial areas such as “star” salaries, while rival broadcaster Virgin Media Television argues it shouldn’t be making the kind of entertainment shows that it says would be better left to a commercial company like, well, Virgin.

RTÉ itself admits it needs to “adapt”, but says audiences won’t get the service they want and deserve unless it receives more public funding. Supporters of public service media point out that it costs money by definition.

But how much money does RTÉ have anyway and where does it go? The broadcaster’s annual reports don’t tell us everything, but they do tell us a lot about what RTÉ considers a priority, what it is obliged by statute to fund and which parts of its remit have been relatively unloved of late.

RTÉ was set up to be dual-funded, with the idea being that roughly half of its money would come from the television licence fee and half from advertising.

Making money from advertising was a lot easier when RTÉ was the only Irish television broadcaster. Even in the early part of this century, when the competition was warming up, its commercial revenues easily outstripped its public funding. That is not the case anymore.

Recession, the rise of digital advertising giants Google and Facebook and stronger competition from Virgin Media Television and the UK channels selling advertising in this market have all combined to reduce RTÉ’s commercial revenues by 39 per cent since a 2007 peak. In 2018, they stood at €150 million.

The reduction in licence fee funding hasn’t been as dramatic, though high evasion rates have also put pressure on this income, which arrived at €189.1 million last year. RTÉ doesn’t receive all of the licence fee money collected by An Post, but it currently gets about 82 per cent of it to pay for its activities (see graphic for a breakdown of how a €160 licence fee is spent).

This gave RTÉ total revenue of €339.1 million last year. Its total operating costs, however, were €339.8 million, and once a depreciation and amortisation charge and other factors were taken into account, it made a loss of €13 million.

The biggest cost centre for RTÉ is television, and within this RTÉ One. The flagship channel cost €140.2 million to run last year, its annual report shows.

RTÉ One’s budget was more than twice that spent on the next single biggest expense, RTÉ2, which cost almost €64 million to operate. (The cost-per-hour of programmes on RTÉ One averages at €16,000 compared to €7,300 for RTÉ2.)

On RTÉ2, sport is the genre where the most money is spent, while on RTÉ One, that honour goes to news and current affairs.

Some €17.6 million was spent on online services, while almost €8 million went into “other channels”, which mostly relates to the programme costs for RTÉ Jr and (to a lesser extent) RTÉ’s digital radio channels, as well as transmission costs for RTÉ Jr and channels such as RTÉ News Now and RTÉ One+1.

The above figures are all gross rather than net, meaning they don’t reflect the advertising and sponsorship income that these services generate. In no case, however, do the surpluses on commercial activities come close to the money that is spent on these public services.

But what about the RTÉ Player? Isn’t RTÉ trying to be more online-friendly? Well, in 2018, the organisation spent €7 million on technology upgrades that were said to include the relaunch of the Player, which director-general Dee Forbes described as “the culmination of significant work and investment”.

RTÉ’s accounts also break down its spending by programme genre. Here it can clearly be seen that news and current affairs is its single most-expensive (and many will say most important) area of activity.

In 2018, news, current affairs and weather programming was allocated a €67.6 million budget (with Radio 1 the second-biggest beneficiary of this after RTÉ One).

Sport was next with a group total of €41.7 million, closely followed by factual programmes at €37.4 million (with this sum including €2.9 million on religious programming and about €2.5 million on arts programming).

Some €33.2 million was spent on entertainment (which includes The Late Late Show), while about €25.6 million went on the pricey-per-hour genre of drama (with the largest single item here being the cost of making soap opera Fair City).

The cost of music across its services arrived at €24.6 million, with €15 million of this relating to the orchestras and most of the rest deriving from its radio operations.

In total, RTÉ spent about €236 million on its Irish programming last year, with the majority of this going on in-house productions.

So what about imports? Last year, about €26.2 million was spent on acquired programmes, almost all of which came from overseas. On a per-hour basis, imports cost only a fraction of programmes that are actually made afresh.

RTÉ does not publish a regional breakdown of spending. Such figures might become pertinent in political circles if it moved to sell its Cork studio or shut down Limerick-based Lyric FM.

RTÉ’s personnel-related operating costs were just shy of €183.4 million last year – some €148.5 million of this related to employees and €34.9 million to contractors.

Over the course of 2017 and 2018, about 160 people left RTÉ in a voluntary exit programme designed to get the organisation on a surer financial footing. This gave rise to a restructuring charge of €29.6 million in its 2017 accounts.

Despite the departures, there was no reduction in RTÉ’s personnel costs last year, with RTÉ saying they were offset by the full-year impact of a phased restoration of pay cuts that had been imposed during the recession.

The broadcaster retrospectively publishes the salaries for its 10 highest-paid presenters, which in 2016 delivered a combined bill of €3 million.