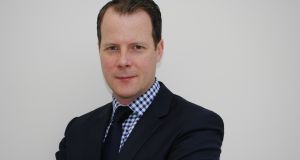 John Burns: was previously Diageo’s communications and content lead for Guinness in Europe.

Mr Burns previously held the position of communications and content lead for Guinness in Europe with Diageo. He has also worked on Baileys for the drinks group. Before that, he held senior roles within EBS and Bank of Ireland.

He steps into the role at 98FM previously held by Keith McCormack, who became chief executive of Communicorp stablemate Today FM earlier this year.

Ms Reynolds has been with Communicorp since 2014, when she joined as director of acquisition and investment from Digicel, Mr O’Brien’s Caribbean telecoms group. At Digicel, Ms Reynolds was head of corporate finance and held particular responsibility for investor relations.

The chief operating officer role at Communicorp was in the past held by Lucy Gaffney, the company’s chairwoman and a close business associate of Mr O’Brien.