Brands spend big to net associations with sports’ superstars, even in retirement 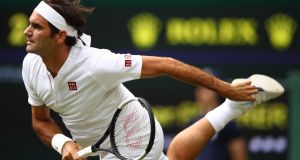 Roger Federer, it emerged, has signed one of the most lucrative sports sponsorship deals in history, with Uniqlo paying roughly $300 million over 10 years for the tie-up

As Roger Federer stepped on to Centre Court at the Wimbledon tennis championships this week, scores of fans in the crowd wore hats and shirts emblazoned with the “RF” logo, his personal clothing line made by Nike.

Yet, as the champion began the defence of his Grand Slam title, Federer wore apparel made by Japanese clothing brand Uniqlo, in effect ending his 24-year association with the US sportswear maker.

Federer, it emerged, has signed one of the most lucrative sports sponsorship deals in history, with Uniqlo paying roughly $300 million over 10 years for the tie-up. Aged 36, he is unlikely to continue playing professionally until the end of the deal, but has obtained a rare clause that allows him to keep the money regardless of whether he is competing.

Sports broadcaster ESPN first reported the details of Federer’s contract, with one person familiar with the deal confirming them. Uniqlo, Nike and representatives for Federer declined to discuss the negotiations.

Speaking at Wimbledon, Federer said he was “excited” about wearing the Japanese brand for the first time. “I must tell you, it’s been a long time coming,” he said. “I felt very good out there.”

Analysts say Federer, who has enjoyed a stellar career having won more Grand Slam titles (20) than any man in history, is one of a select group of globally renowned athletes. He is in line to earn just as much, if not more, from corporate endorsements after he sets down his racket for good.

“There are a small number of athletes that can do this,” said Nigel Currie, founder of sports consultancy NC Partnership. “It’s all about being a legend in a particular sport so their name is never really going to go away. Federer is in that league. He is a huge legend in the sport and his name will live on for a very long time.”

Others in this elite category include LeBron James, the US basketball star, who this week signed a four-year contract worth $154m to join the Los Angeles Lakers from next season. However, he already has a lifetime sponsorship deal with Nike worth over $1bn, according to comments attributed to his agent.

With its deal with James, Nike hopes to replicate the off-court merchandising success it had with former NBA star Michael Jordan. Continued sales of the “Jordan” line of Nike trainers has helped him gain a personal net worth of $1.65 billion in 2018, up $350 million from a year earlier, according to the Forbes annual rankings of the world’s richest athletes.

Golfer Tiger Woods has earned $43.3 million this year from endorsements by groups including Nike and watchmaker Rolex, compared with just $1.3 million in prize money from competing in tournaments. Aged 42, it has been a decade since Woods has won a Major title, but his earlier record of 14 Major championship victories has allowed him to stay attractive to sponsors long after the best years of his playing career.

Meanwhile, sprinter Usain Bolt retired in 2017 and was still able to earn $30 million this year thanks to continued sponsorship contracts with groups including sportswear group Puma, drinks brand Gatorade and watchmaker Hublot.

Mr Currie said corporate groups typically sponsor athletes so that their brand is seen by large audiences, in effect using sportspeople as billboards. But a tiny cadre of superstars, able to stay in the public consciousness after the end of their careers, are desired as companies believe they can generate sales long after retirement.

“The benefits are much more about awareness and exposure,” he said. “This is about seeing the brand name, but also selling millions and millions of shoes, shorts, kit and whatever else.”

Fast Retailing, parent company of Uniqlo, said Federer was a “perfect ambassador” for the brand, insisting the deal was “more than just sports sponsorship”.

“We are in the very early stages of discussing how best to align Roger’s personal humanitarian interests, strengths and availability with our community programmes,” it said.

Still, long-term deals with athletes come with perils. In 2012, Nike terminated its contract with Lance Armstrong, with whom they developed the US cyclist’s “Live Strong” charitable foundation into a global brand, following revelations he had taken performance enhancing drugs during his seven Tour de France victories.

Sponsors often include morality clauses in their contracts, allowing them to end deals if an sportsperson’s personal conduct proves damaging. Even so, Nike maintained its relationship with Woods, despite the reputational fallout from revelations of the golfer’s extra-marital affairs in 2009.

Corporate groups disproportionately favour sponsorship deals with men. The world’s best paid female athlete is tennis player Serena Williams, who earned $19 million in endorsements in 2017, adding to the $8 million she earned in prize money last year. But she fell out of Forbes’s annual list of Top 100 earning athletes, following a pregnancy that prevented her from playing.

Simply having a star on the books can add to a company’s value. On Thursday, shares in football club Juventus rose 9 per cent on rumours that footballer Cristiano Ronaldo was considering a transfer to the Italian league champions, with investors believing the Portuguese player would help market the club to fans around the world.

Nike’s share price shed about 4 per cent this week, after the Swiss tennis champion ended his association with the US company.

The tennis player offered Nike the chance to match Uniqlo’s offer, but it passed, according to a person familiar with the deal. Nike retains the trademark over the RF logo, but would not say whether it intended to keep the brand or how long it was assigned to the company.

Federer said he intended to continue wearing Nike trainers for the time being, as Uniqlo does not manufacturer shoes, but wanted to gain the rights to the RF clothing line.

“The RF logo is with Nike at the moment, but it will come to me at some point,” said Federer.

“I hope sooner rather than later, that Nike can be nice and helpful in the process to bring it over to me. It’s also something that was very important for me, for the fans really. They are my initials. They are mine. The good thing is, it’s not theirs forever. In a short period of time, it will come to me.” – Copyright The Financial Times Limited 2018

What will the office market look like after the great remote working experiment? 05:40
Caveat: Irish tourism must also help itself to survive the pandemic 05:30
How to build your staff’s resilience while working remotely 05:30
‘Saudi Arabia is where the opportunities will happen in future’ 05:27
How your country’s history affects the way you think 05:26
Search executive
jobs on irishtimes.com