‘We know we have more work to do’, social media network says 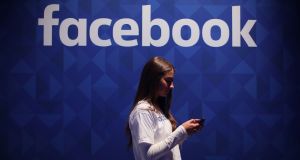 Company will remove targeting by self-reported education, field of study, job title and employment fields in user profiles until it can fix the problem

Facebook will no longer allow advertisers to target people by how they describe their education or employer after finding that some were filling in those fields with offensive content.

The social networking company will remove targeting by self-reported education, field of study, job title and employment fields in user profiles until it can fix the problem in its self-service advertising system.

“We are removing these self-reported targeting fields until we have the right processes in place to help prevent this issue,” the company said.

The self-service system had automatically been populating interest categories based on what community members post about themselves.

“Our community standards strictly prohibit attacking people based on their protected characteristics, including religion, and we prohibit advertisers from discriminating against people based on religion and other attributes,” the company said.

“However, there are times where content is surfaced on our platform that violates our standards. We know we have more work to do.”

Facebook software creates targeting categories for advertisers automatically, and the company adjusts them after problems are noticed by people. Facebook has run into similar issues with this type of reactionary enforcement before, both in its ad business and consumer-facing services.

Its live video service has occasionally shown actual murders or suicides with enough time to go viral before being noticed by the company and taken down.