Facebook strikes deal with Australia to restore news on its platform 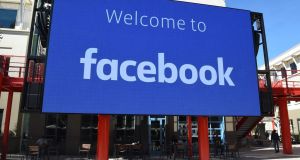 Facebook has agreed to restore Australian news on its platform “in the coming days” following an agreement with the government on amendments to a proposed law that would force Big Tech to pay for news.

The world’s largest social media company said on Tuesday it was satisfied that “a number of changes and guarantees” it had agreed with Canberra addressed its concerns over the bill.

The proposed law is being debated in parliament and could become a model for other governments’ efforts to reframe the relationship between dominant tech platforms and the media.

Facebook had argued that the legislation “fundamentally misunderstood” its interaction with publishers and penalised the company “for content it didn’t take or ask for”. It abruptly blocked the sharing of news in the country altogether last week, causing a public backlash after access to critical emergency services and health pages was cut off.

Canberra said the amendments to the proposed law would provide clarity for digital platforms and media businesses about how the code would operate. It features an arbitration system that would make binding decisions on the fees designated platforms would have to pay news providers if commercial negotiations failed.

The changes could give Facebook and Google, the companies most vulnerable to the code, more flexibility.

For example, authorities would have to consider whether a company had made a significant contribution to the news industry by reaching commercial deals with media businesses. The contentious final arbitration model contained in the code will be stipulated as a “last resort” when commercial deals cannot be reached. A two-month period of mediation must occur prior to arbitration, the government said.

Seven West Media, one of Australia’s largest media groups, said on Tuesday that it had signed a letter of internet to agree a deal within 60 days to provide news content to Facebook.

Google has struck a number of deals with Australian media companies, including Rupert Murdoch’s News Corp and Nine Entertainment, owner of the Sydney Morning Herald newspaper.

Nine said it was pleased the government had reached a compromise “to move Facebook back into the negotiations with Australian media organisations”. The company said it looked forward to constructive discussions resuming with the tech group.

John Kettle, a partner at McCullough Robertson, an Australian law firm, said the agreement appeared to be a face-saving compromise for the company. But he said the government had asserted its authority and Facebook would now have to strike deals with news providers in a similar manner to Google.

“It will not be the end of muscular competition investigations into Big Tech. So, while the 2010s was clearly concerned with privacy and tech, it is reasonable to conclude the 2020s will be as much if not more about competition and tech,” said Kettle.

The last-minute truce will allow Facebook to host news from Australian outlets on its platform without “being subject to a forced negotiation” overseen by the government, said Campbell Brown, Facebook’s vice-president of global news partnerships.

“After further discussions with the Australian government, we have come to an agreement that will allow us to support the publishers we choose to, including small and local publishers,” she added.

The Financial Times has reached commercial agreements for news with Google and Facebook.